bullsi1911 ModeratorPosts: 11,359 Senior Member
September 2020 in General Firearms #1
My brother had been taking his daughter hunting for the last several years, and last year she made some noise about shooting her first deer.
So- grandma got her a deer rifle for last Christmas. We did not get time to get it dialed in for the last bit of deer season, and then when my brother got out to sight it in, it shot horribly- not consistent and it would not shoot to point of aim.
My brother dropped it with me a while ago, and I am finally getting some time to futz with it. It’s a Savage Axis in .243 in some hideous pink camo and a crappy Bushnell Banner 3-9x scope 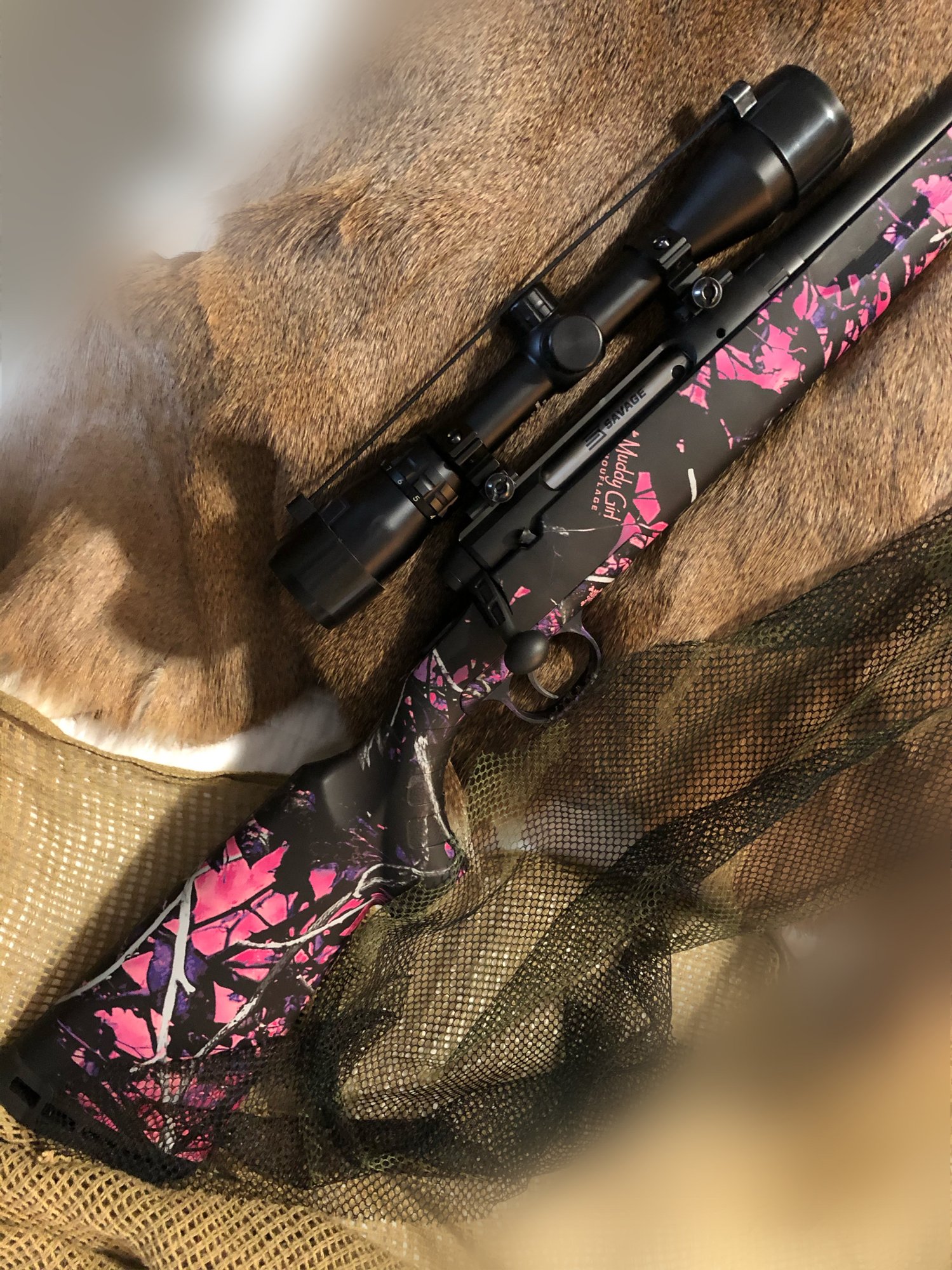 I started by dismounting the scope and mounts and reinstalling using correct Torque values.  Found that one of the rings was loose, and one screw on each mount was pretty much only finger tight.  I also dismounted the stock and reinstalled it with the right torque as well.

Swabbed the bore, reinstalled and bore sighted.  I confirmed the scope IS actually tracking when you twist the knobs.  Will be heading to the range at lunch with a few loads to test out and see if this corrected the issue.
To make something simple is a thousand times more difficult than to make something complex.
-Mikhail Kalashnikov
1 · Share on TwitterShare on Facebook