Began with the .22LR Zastava MP-22; since I'm currently drying my ammo stock, went to try the usually poorest performer first: Winchester Wildcat; wind was already blowing right-to-left and after 5 shots in the upper target, confirmed it wasn't the best ammo for this rifle but at least unlike the 333, it showed no failures to extract.

Then switched to its usual hunting fodder: Federal American Eagle 36gr. CCHP in those odd 40-round boxes.
As before, distance was 55 yards, sitting and using a sand bag; 5 shots in the lower target showed better results with a single "flyer" probably thanks to sudden wind rush. Scope is a cheap 3-9x32mm.: 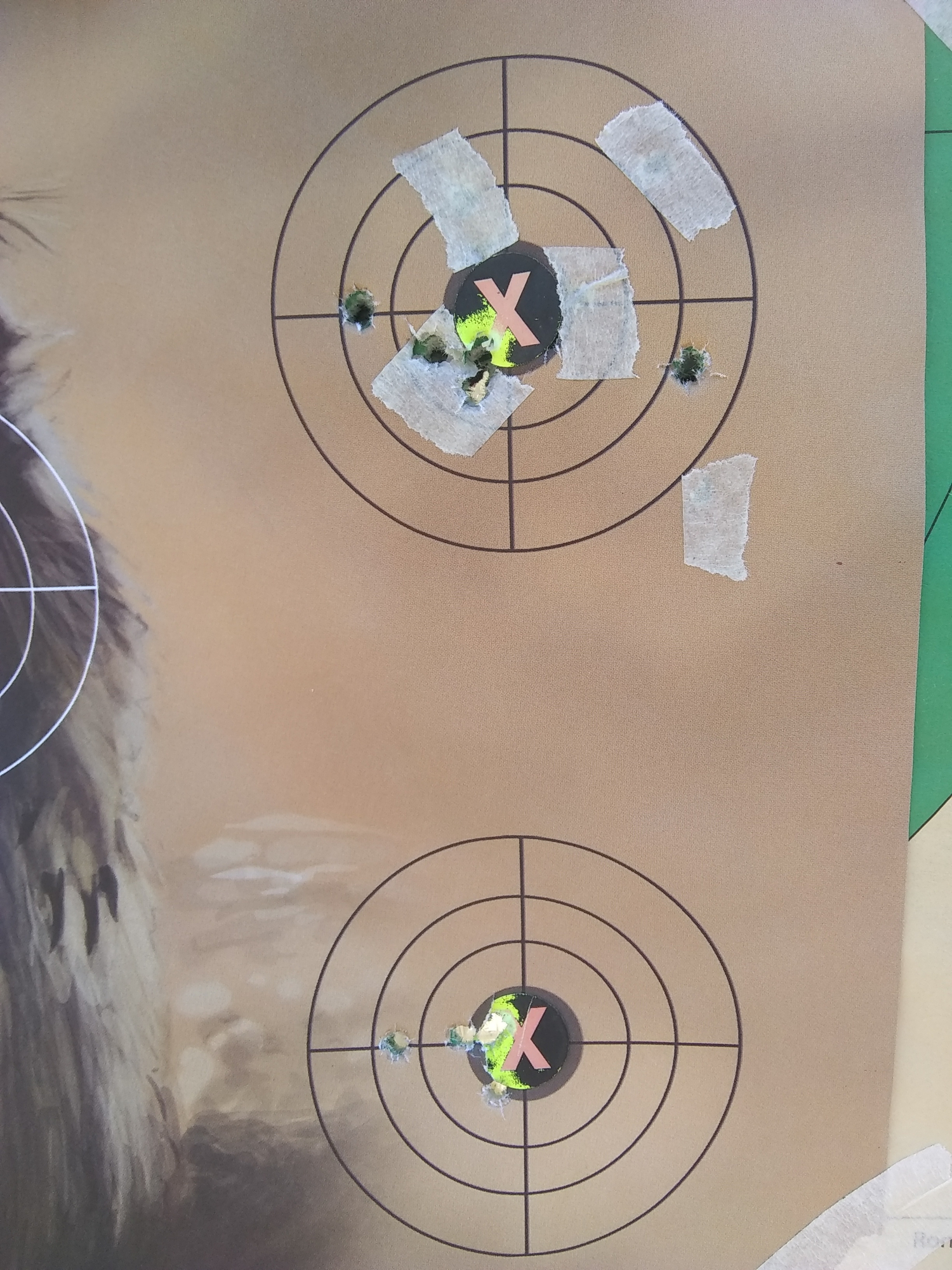 Then I assembled my 10/22TD; only "upgrade" is a plain red dot sight without magnification; loaded it with Wildcats (20 rounds) and went to the prairie dog pic and despite it was HARD to see due to its size and that the red dot covered ⅔ of the body, I managed to score most hits inside the "kill zone". Distance and shooting stance was the same: 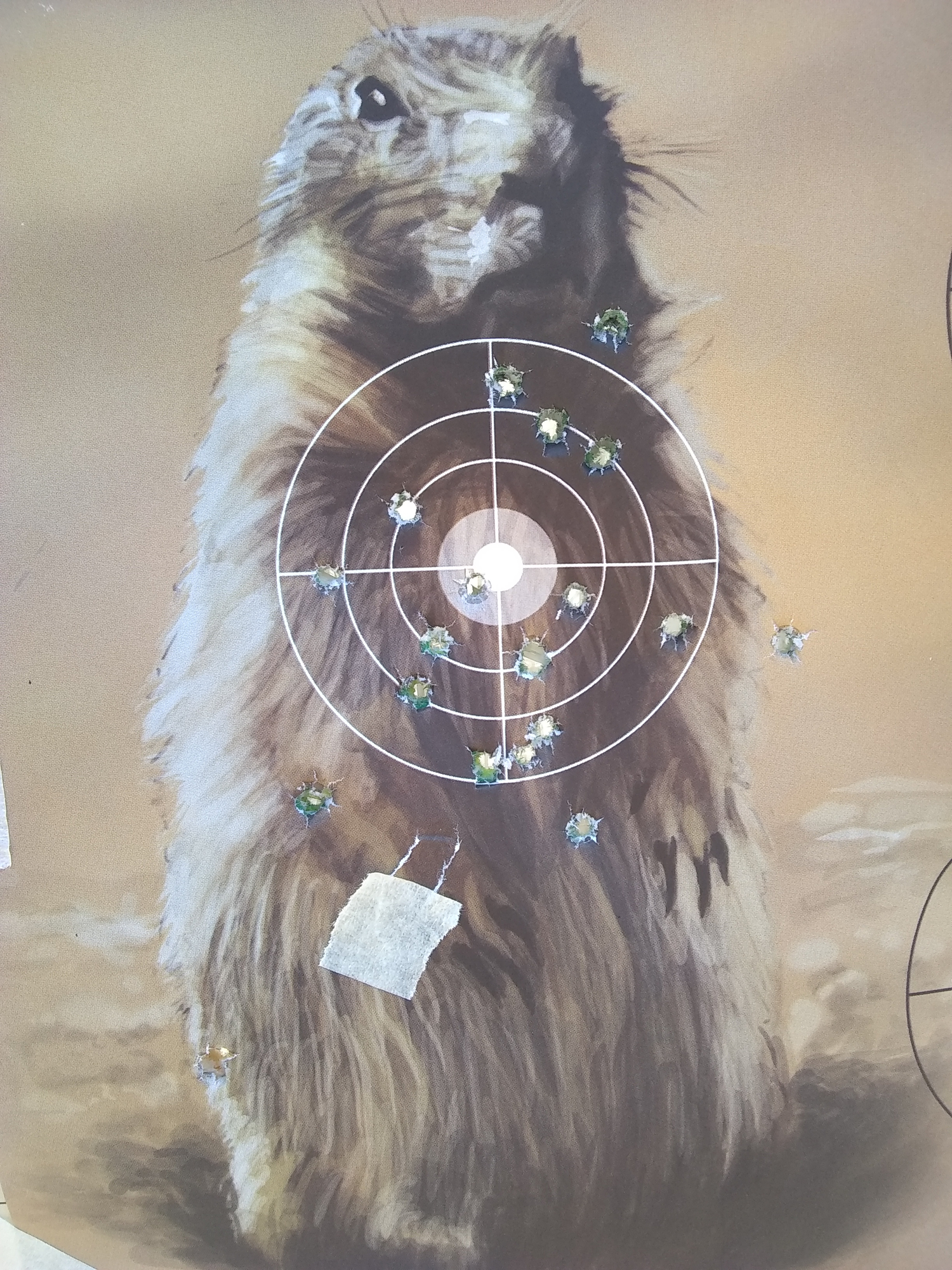 Not bad and I know both the rifle and I can do better so OK with this one too.

Then came the handgun. This time took a WWI-era french 1892 revolver in 8mm. Lebel; got it years ago but due to the extreme difficulty to reload over here and not finding ammo for it, was kept stored in the safe. But finally managed to scrounge a few original rounds dated......1898! 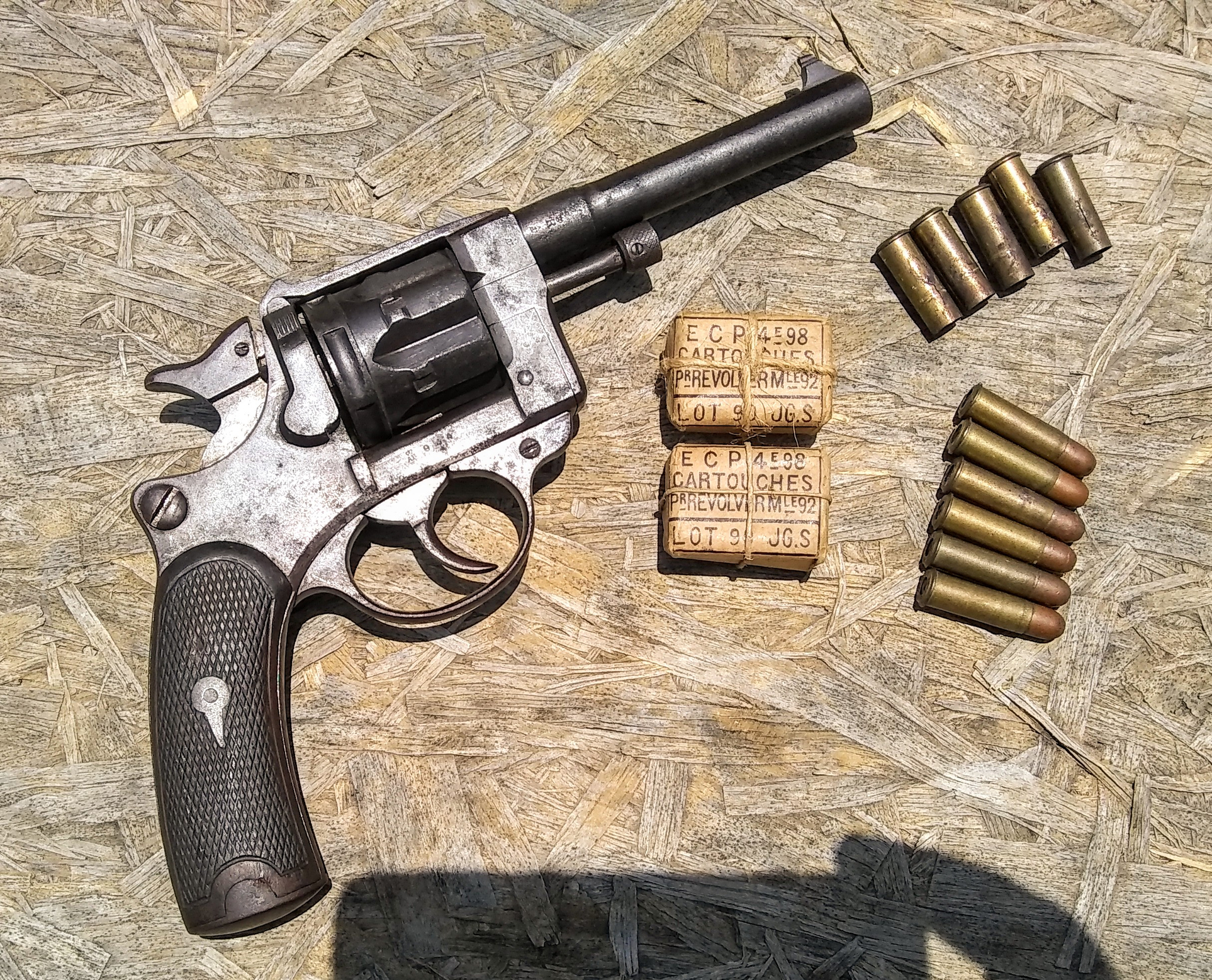 Loaded it twice and only half of the rounds fired; not great shots but at least made it "roar". Mechanically it's very good but finish is very worn and it's missing the lanyard ring but still fun to shoot with a very good SA trigger: 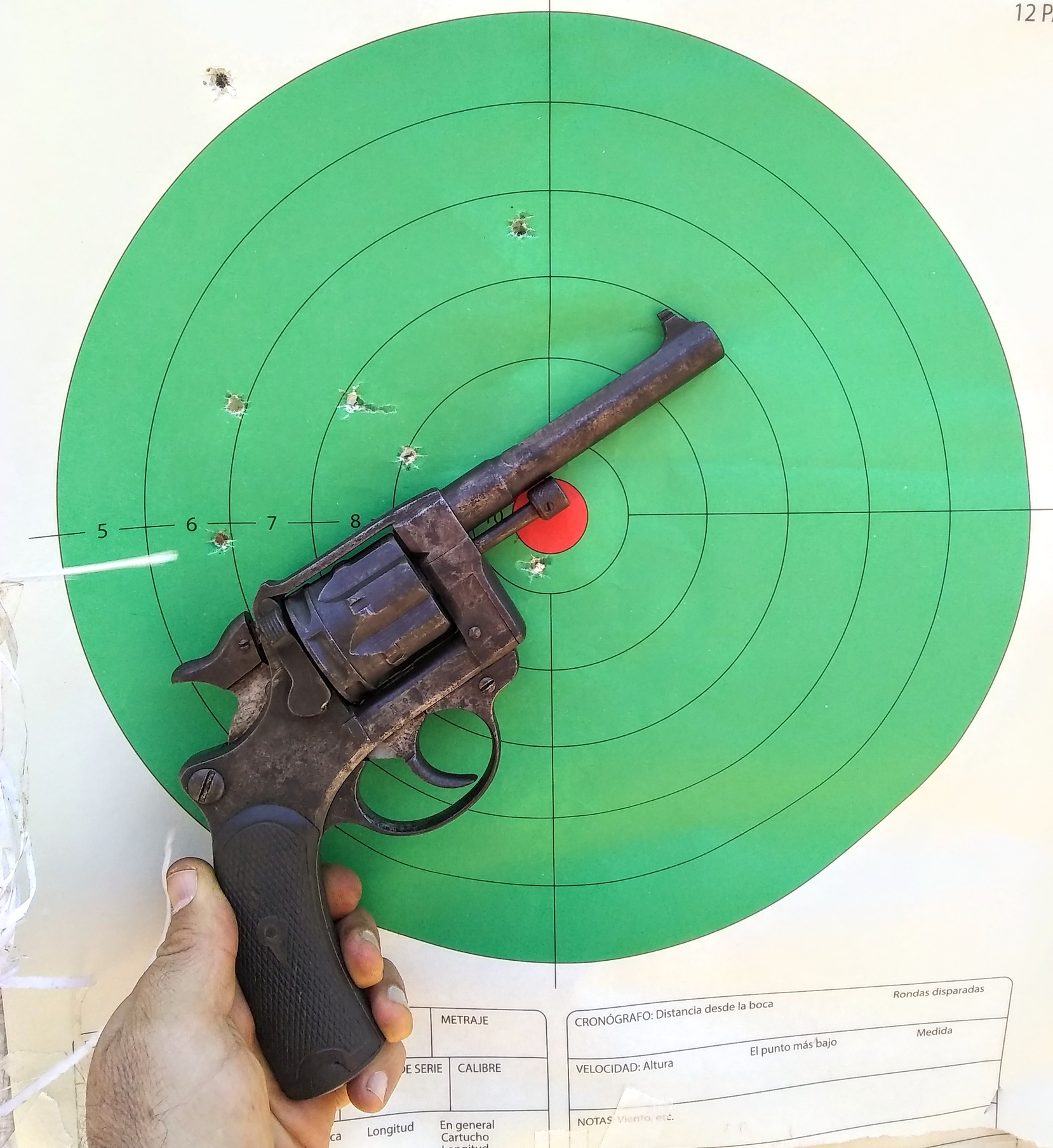 Sadly all cases cracked and being Berdan-primed it'll be HARD to reload them. Still, fun to play with it despite not-so-great accuracy. Distance was 20 yards, 2-hand grip standing.

Good day, decent results. Will see what can I do next week with other guns.