TurdusMerula MemberPosts: 292 Member
September 2020 in Hunting #1
I was pretty tired after yesterday as I had tackled hole day with my car's rear brakes and rust frozen slider bolts in brake caliber carrier.
At first I wasn't going anywhere but the weather was great is I pushed myself a bit and went to my usual early season spot.
After about an hour from my arrival I watched as a young four pointer bull moose walked across the field. He wasn't in a hurry but obviously he was heading somewhere. It looked so determined that he stopped only a couple of times for a quick check for surroundings.
Half an hour after the moose I saw three deer running across but distance was 450 yards so I just enjoyed their effortless jumps across the field.
The Sun had already set and I knew from the experience that I have around one hour left until it's too dark to shoot. But just after 8 o'clock I saw as two deer came out from the forest to eat on the field. A yearling and a cow.
I had to "wait" for about a minute until the cow moved away from the line of fire behind the fawn and as  it was getting dark I wanted to drop it on the spot. Distance was a mere 100 yards. Crosshair on top of the high shoulder and suppressed Mauser barked out it's laser gun type "piew" sound. As I heard the very loud slap from the bullet hit I saw the fawn collapsing on the spot.
The cow took a 25 yard run, stopped and turned to look what happened. I had already chambered the next round and put the crosshair in front of her shoulder as the cow was angled towards me. Another piew sound sent the ttsx on it's way followed by a loud smack.
Cow bolted towards the middle of the field and after 25 yards started to crumple. Despite of that kept on another 25 yards until it fell down and laid still after that.
That field opening has been very kind to me. After I returned home I checked and counted that I have gotten eight deer a two moose in the last three years from that field opening.
Today I have a lot of work to process those two deer into freezer.  Kills number 3 and 4 for this season.
In the second picture you might see a dark figure in the top part of the pic. It's the moose walking through the field but the phone's camera doesn't quite have the capabilities from the 450 yards 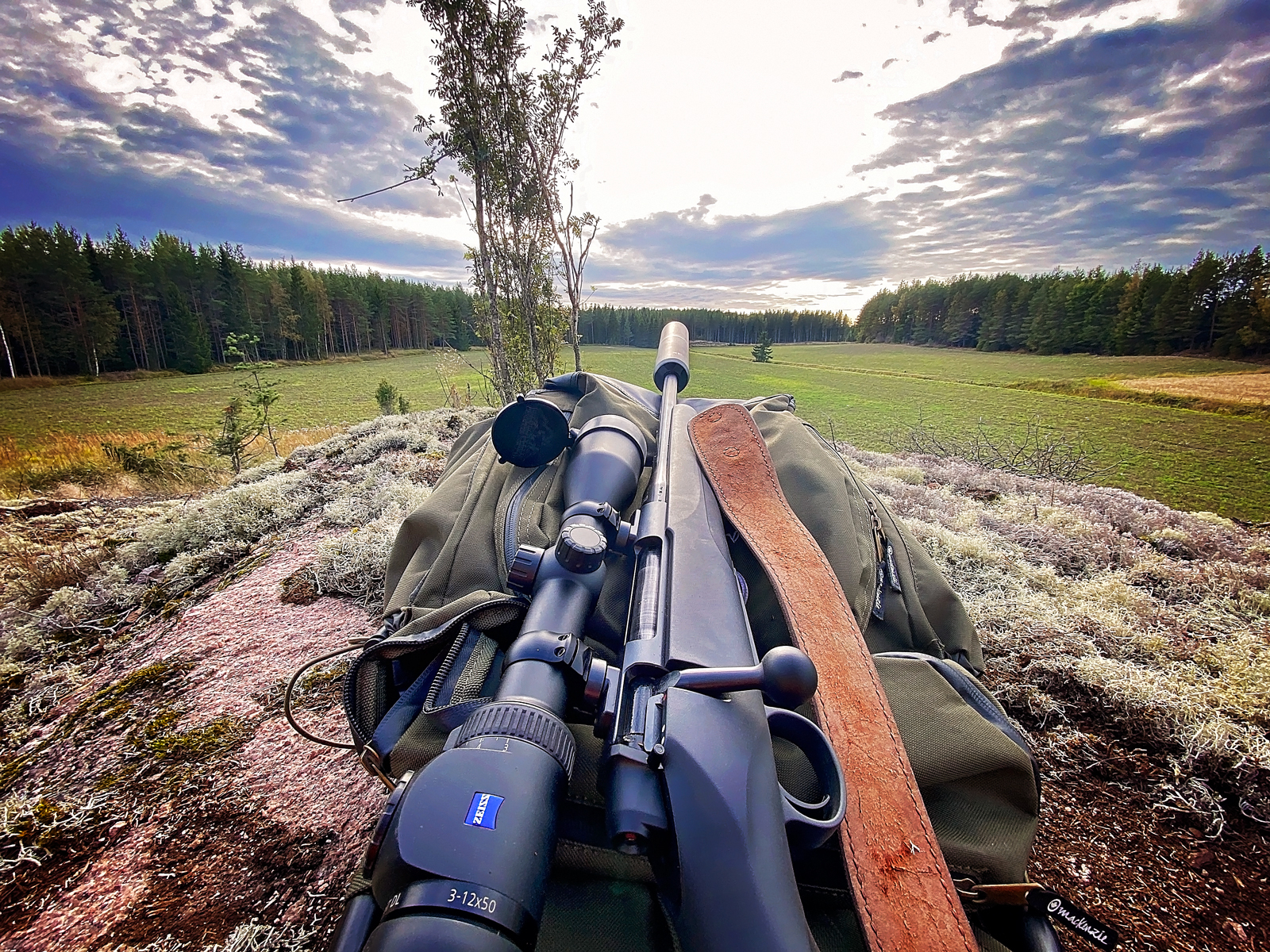 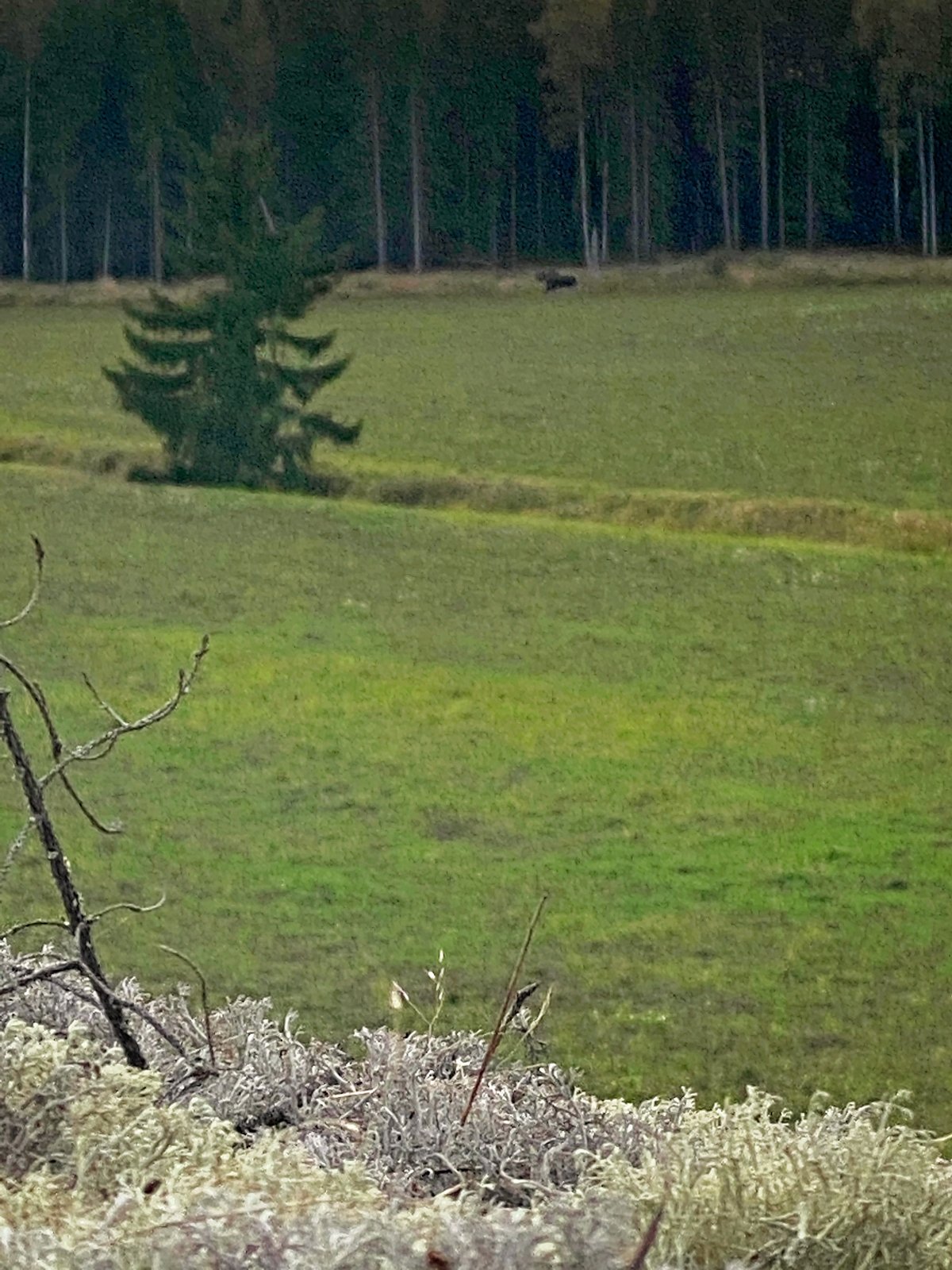 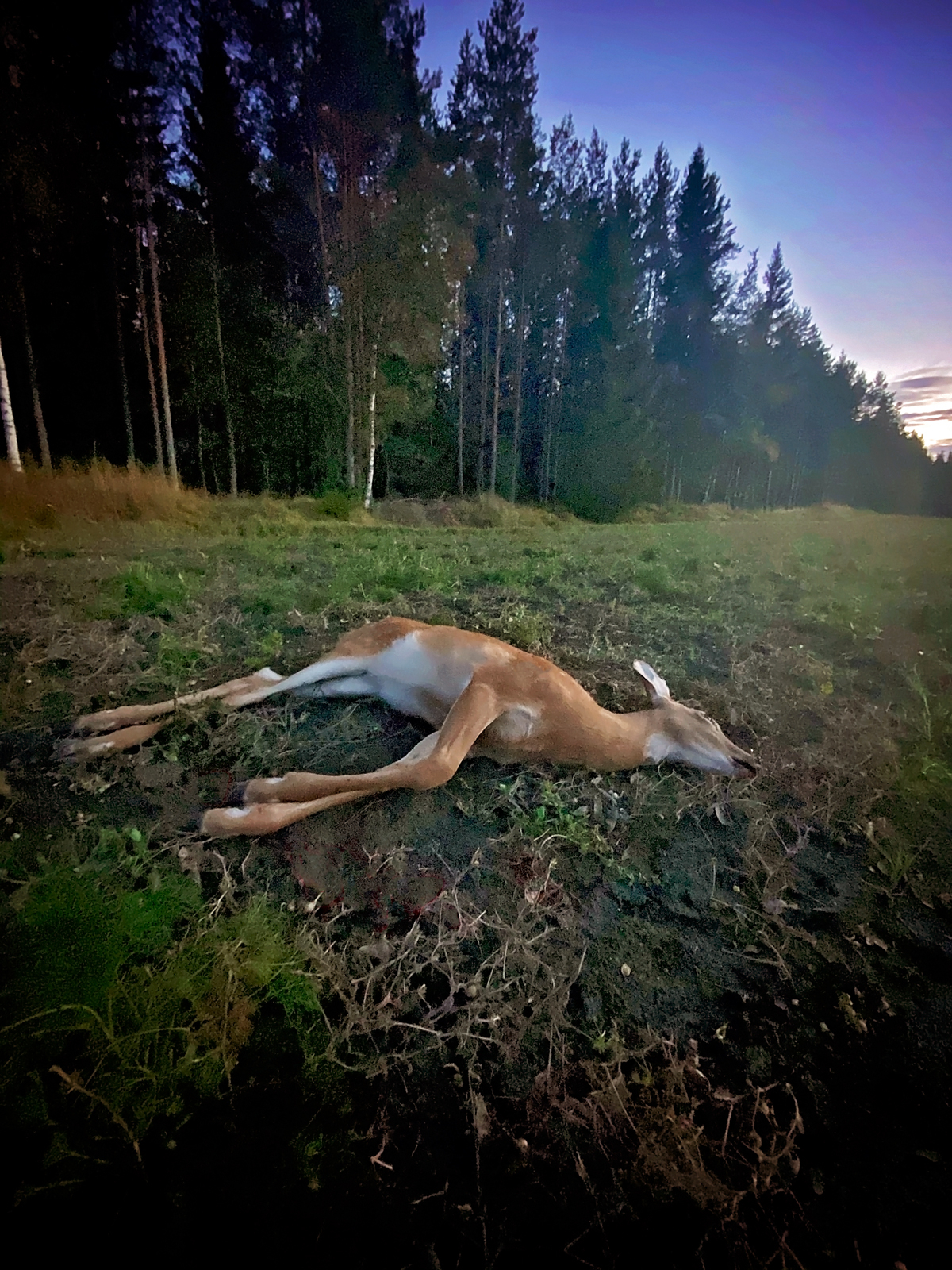 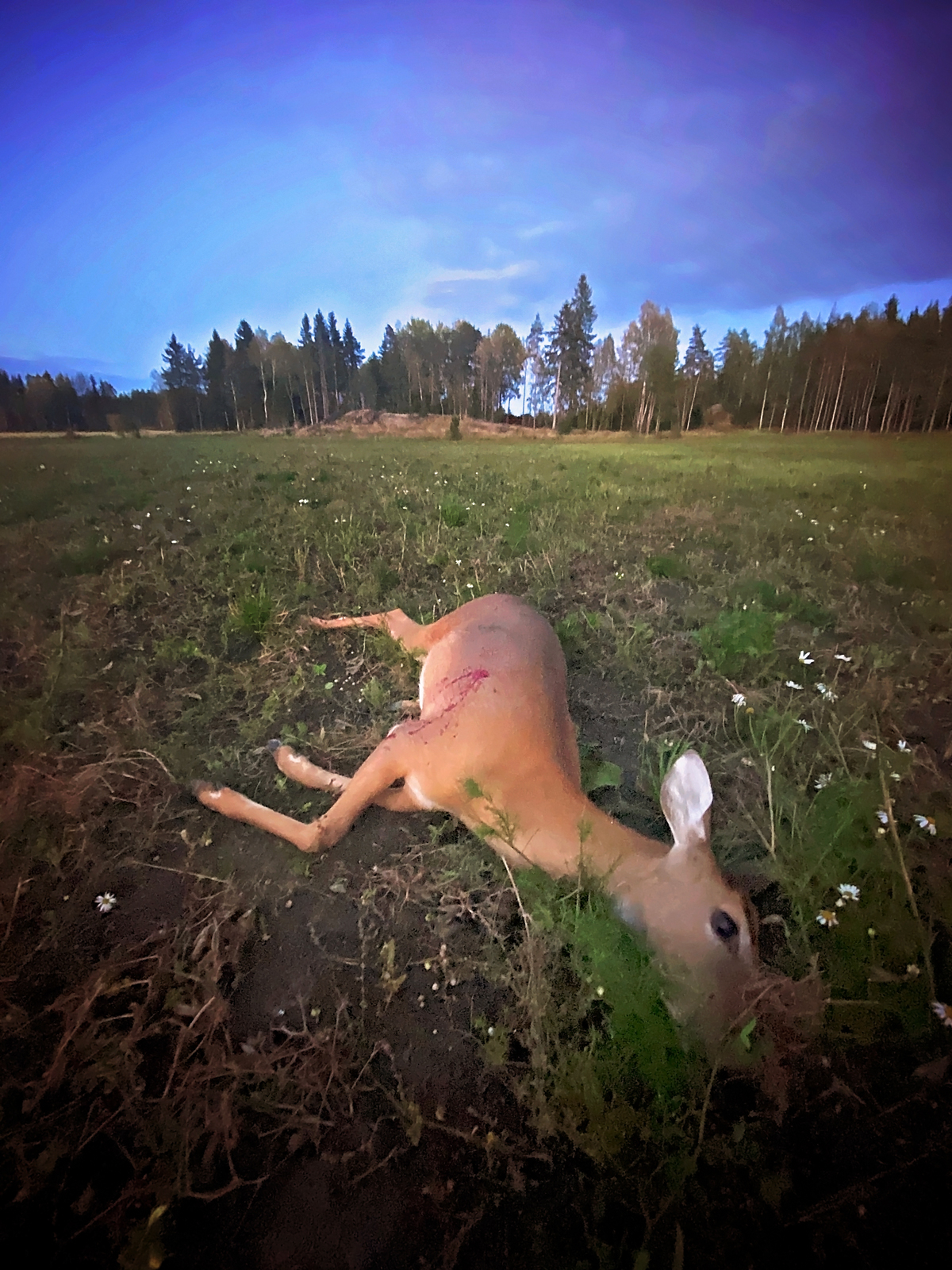