It’s been a good year! Another bucket list snag

GunNut Posts: 6,737 Senior Member
September 2020 in General Firearms #1
I’ve been wanting a first gen steel framed Kimber for a long time.  TOUGH to come by specially in good shape.  I’ve also been wanting a CCO for a long time too since I shot Mr. Larsen’s.  Not a lot of those around.  And then I just ran into this for a really good price.
Called the guy and ask him if he can drive a few miles in my direction since he’s like 3 hour away.  Older gentlemen and super nice he says he really doesn’t drive much these days but to make it worth my while he drops the price by $120!!!!!  I say when and where do we meet.
When we meet the gun is better than I expected AND in the original box AND he gives me a 100 round unopened box of Winchester White box .45s “for my troubles”.  One fine gentleman!  Says he’s happy his gun is going to a good home. 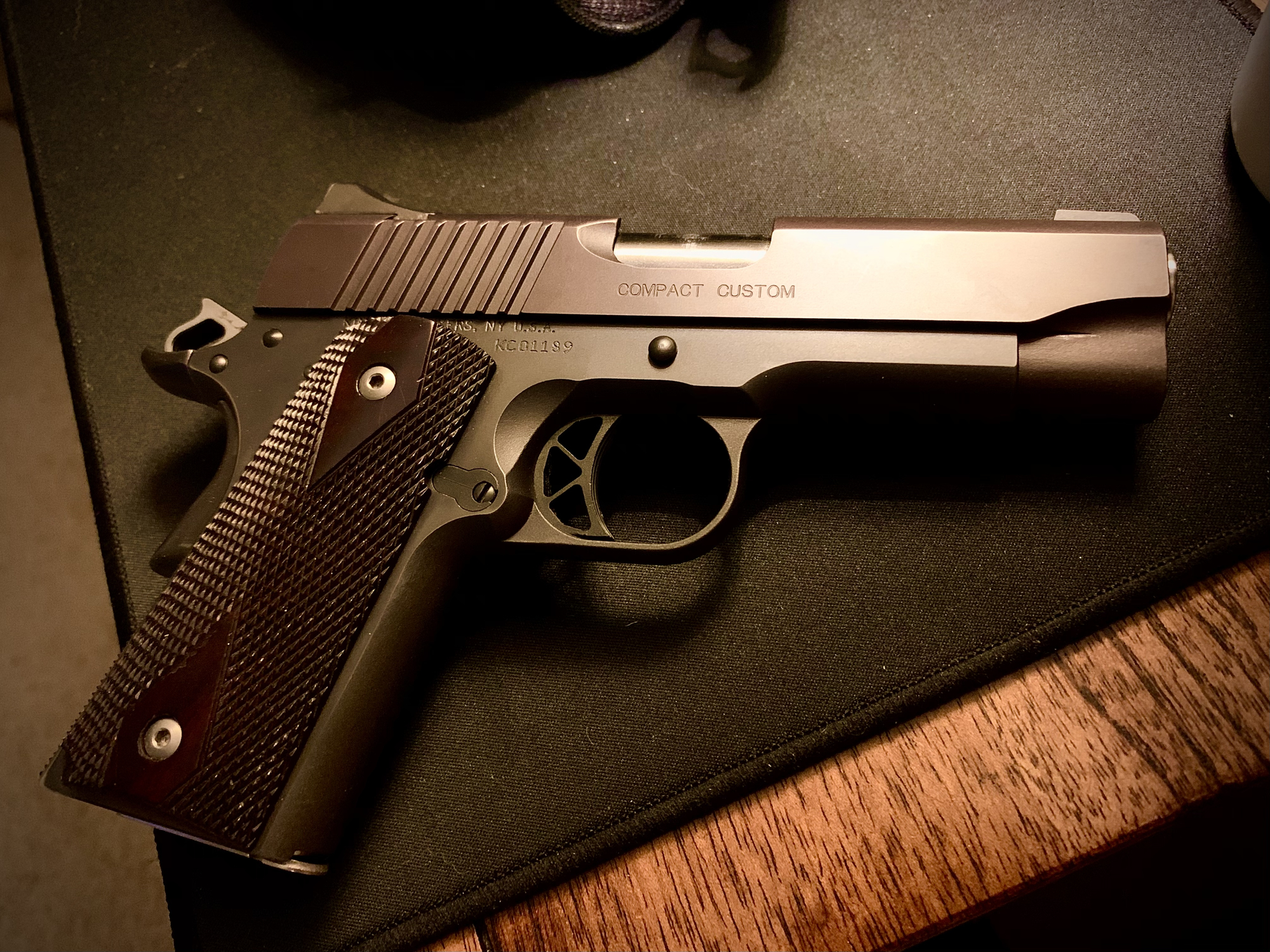 General George Patton:  “Watch what people are cynical about, and one can often discover what they lack.”
5 · Share on TwitterShare on Facebook