JuddHunter Posts: 8 New Member
September 2020 in General Firearms #1
I shot some ammo today that could be 10 years old or could be 40 years old.  It has been in a gun safe of my father for years.  The first bullet didn't fire and so I loaded a second one and it shot, but I felt a slap to my face like sand hitting it hard and then i looked at the cartridge and it has two tears/holes in it.

Does anyone know what happened here?

Do you think the gun is damaged and what should I do with it? 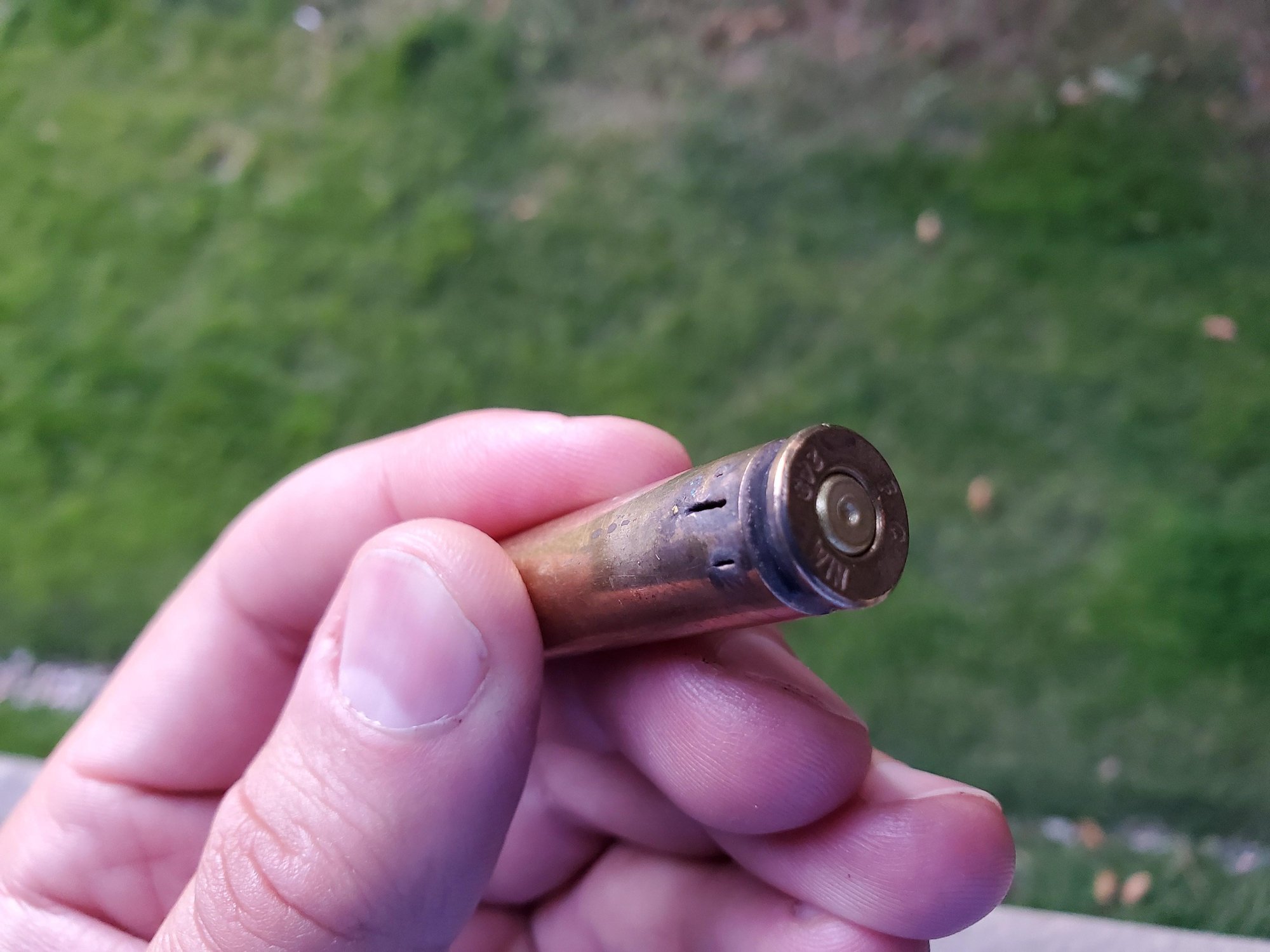