Jay Senior MemberPosts: 3,913 Senior Member
September 2020 edited September 2020 in General Firearms #1
I posted a thread a while back about some stuff I was able to pick up with the help of a buddy working an estate sale. It included two Dillon Square Deal B's and a lot of reloading supplies. I got both of the Dillons set up some time back. One of them was set up for 45acp and was brand new, never used. The other was 38/357 and was lightly used. I ended up mounting both of them on Inline Fabrication mounts and had a really nice little setup going... 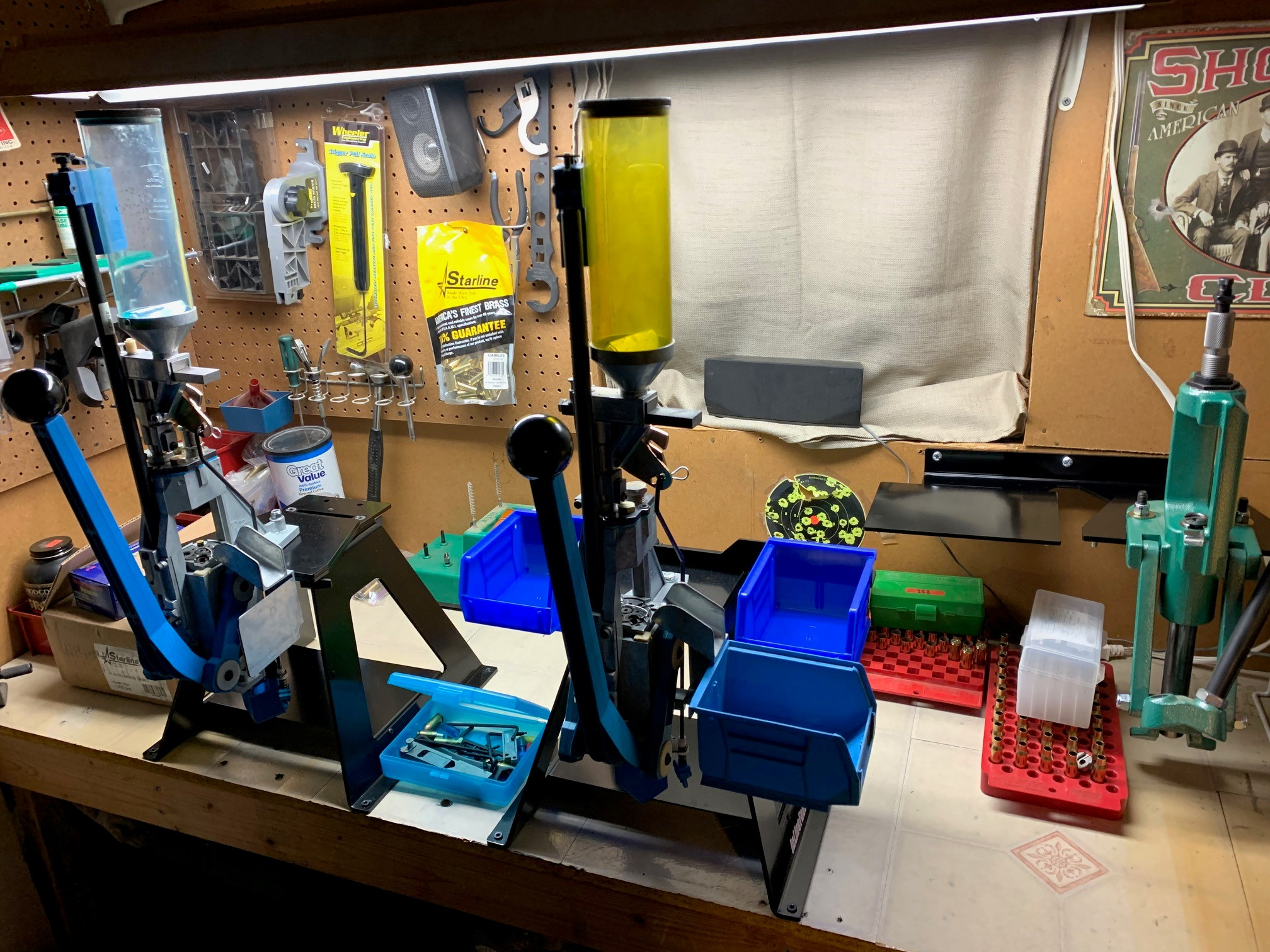 Why would I sell the 38/357 press and buy the 550 set up to load the same cartridge my other SDb is set up for? Well, aside from wanting a 550 so I can load rifle cartridges, here's the plan..

I have already ordered parts from Dillon and Inline Fabrication to have all my presses set up to work on the one quick change mount. I only anticipate loading certain cartridges in mass quantities on the Dillon presses. Those include 45acp, 45 Colt, 38 special, 357 mag and 223 rem. Everything else I load is in smaller quantities and will be done using the RCBS press, also set up on a quick change plate.

So, the SDb will be set up for 45acp and 45 Colt.  The 550 will be set up for 38, 357 and 223. That way I have large primers in one press and small primers in the other, eliminating the need to change primer setups when I change cartridges. I've ordered separate, complete toolheads so all I have to do is swap the complete toolhead, shellplate and I'm ready to go. And I'll end up with more bench space, since I'll only have one press mount on the bench and the presses all on their own quick change plates.

No pics of the new press yet, as I haven't swung by to pick it up yet.  I also bought what appears to be a few thousand 224 and 452 bullets, 3 pounds of AR Comp powder and 1 pound of Accurate 2230.  All of which I have never used. If any of you have any thoughts on those powders, please feel free to let me know your experiences.
3 · Share on TwitterShare on Facebook