Finally got a heavy bullet to group well in my .338 Federal

CHIRO1989 Senior MemberPosts: 13,204 Senior Member
October 2020 edited October 2020 in General Firearms #1
I owe thanks to Zee and Jermanator for putting in the time on Jerms .338 Federal, I definitely got somewhere today, I used Zees loading data and Jerm me sent a bunch of samples of bullets he had tried in his. Had to shoot at 50 yards since a couple guys were back and forth on the 200-100 yd range where I shoot and the backstop is the same for both, besides, for some reason my 30-06 Benelli R1 was seriously off the paper at 100 for some strange reason, my oldest did bounce the scope off his head on the bench a few weeks ago and that may have helped, but it was shooting fine last fall, so 50 yds it was.

Kimber Classic with 225 gr Barnes X over 41gr of H335. NOTHING I have tried, and I have tried A LOT, has grouped like this, not factory loads, not handloads, I have probably 300 rounds into this. I had noticed it did like the 185 gr Barnes Bullets on the Federal Premium Factory loads I had tried, but who wants to shoot 185gr .338 bullets? 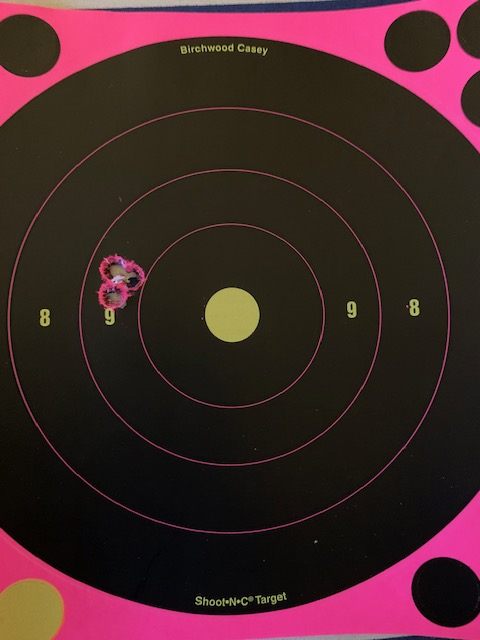 And, as an added bonus, I zeroed my AR pattern .308 with some 150 gr Federal Fusions and shot the most perfect bullseye. 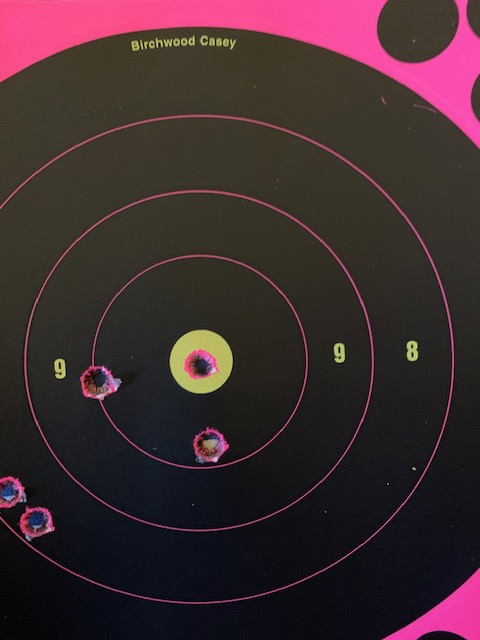 I take no pleasure in the death of the wicked, but rather that they turn away from their ways and live. Eze 33:11
1 · Share on FacebookShare on Twitter