Zee Senior MemberPosts: 24,336 Senior Member
November 2020 in Hunting #1
A buddy and I went Varmint hunting tonight. We were after a good size bobcat I’ve been getting on camera at the hunt pit. Alas, he was a no-show. Only a domestic/feral car showed up.
Went to another location and had a fox come in rather quickly. Sat down on his haunches and stared at the electronic caller. My buddy shot him at something around 150yrds +/- and dropped it in the spot.
On the way back to the barn, we tried a water trough I’d seen plenty of fox and coons at.
Within minutes, my buddy saw coons off to our right in some trees. He switched to a raccoons fighting sound and I’ve never seen a raccoon come running so fast. The first one came running in like a bolt of lightning. Hit the caller, and knocked it over. Heading to the brush on the far side.
The next one came running in just the same. Pulling up shy of tackling the caller, he veared off just shy.  Presenting a nice broadside shot with which I dropped him at roughly 75-80 yrds
Calling some more, we saw two more raccoons in a tree and I hit one of them. Reluctantly coming out of the tree. Lost sight of the 3rd and called it a night. Fun times with good folks. 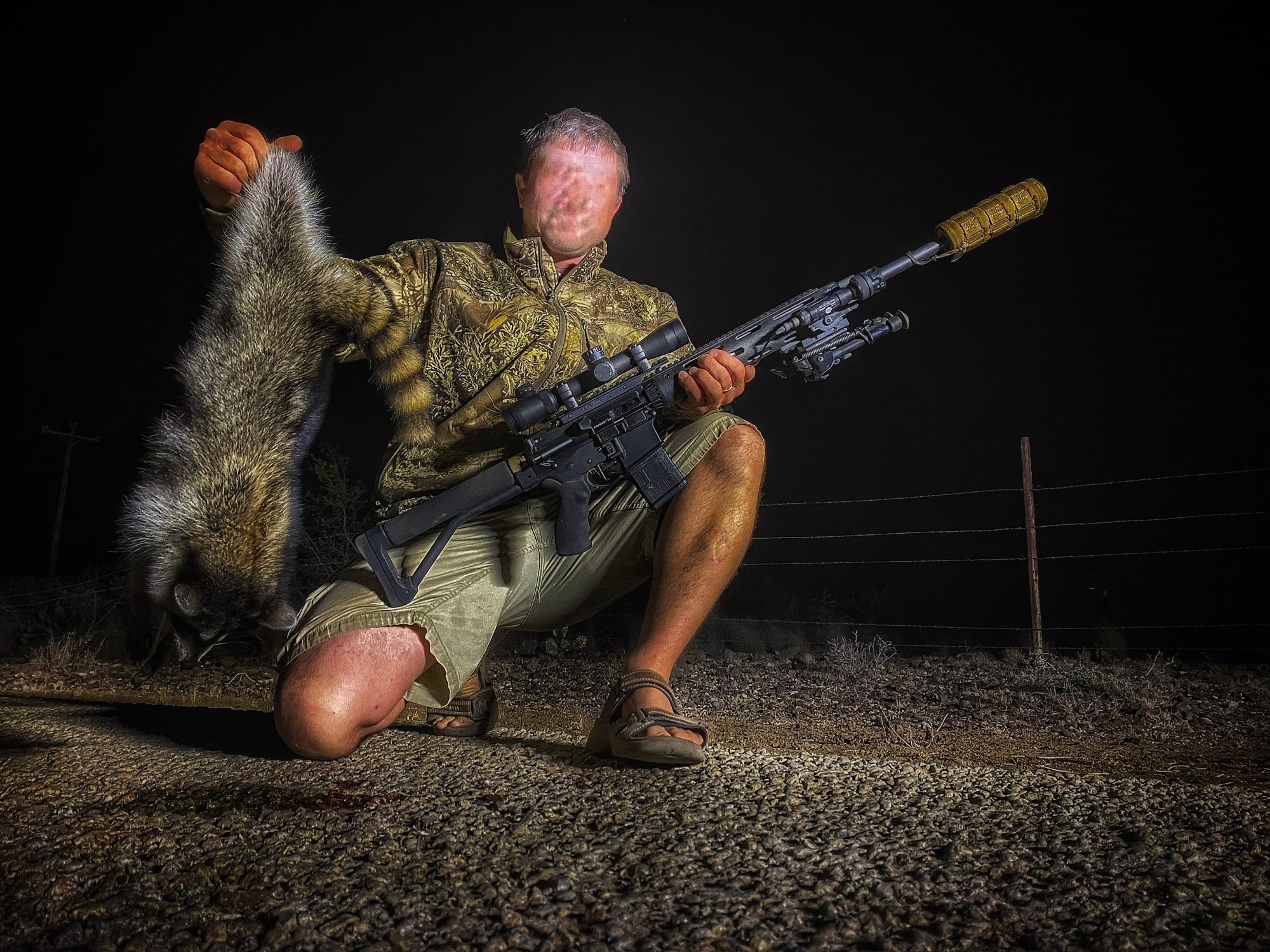 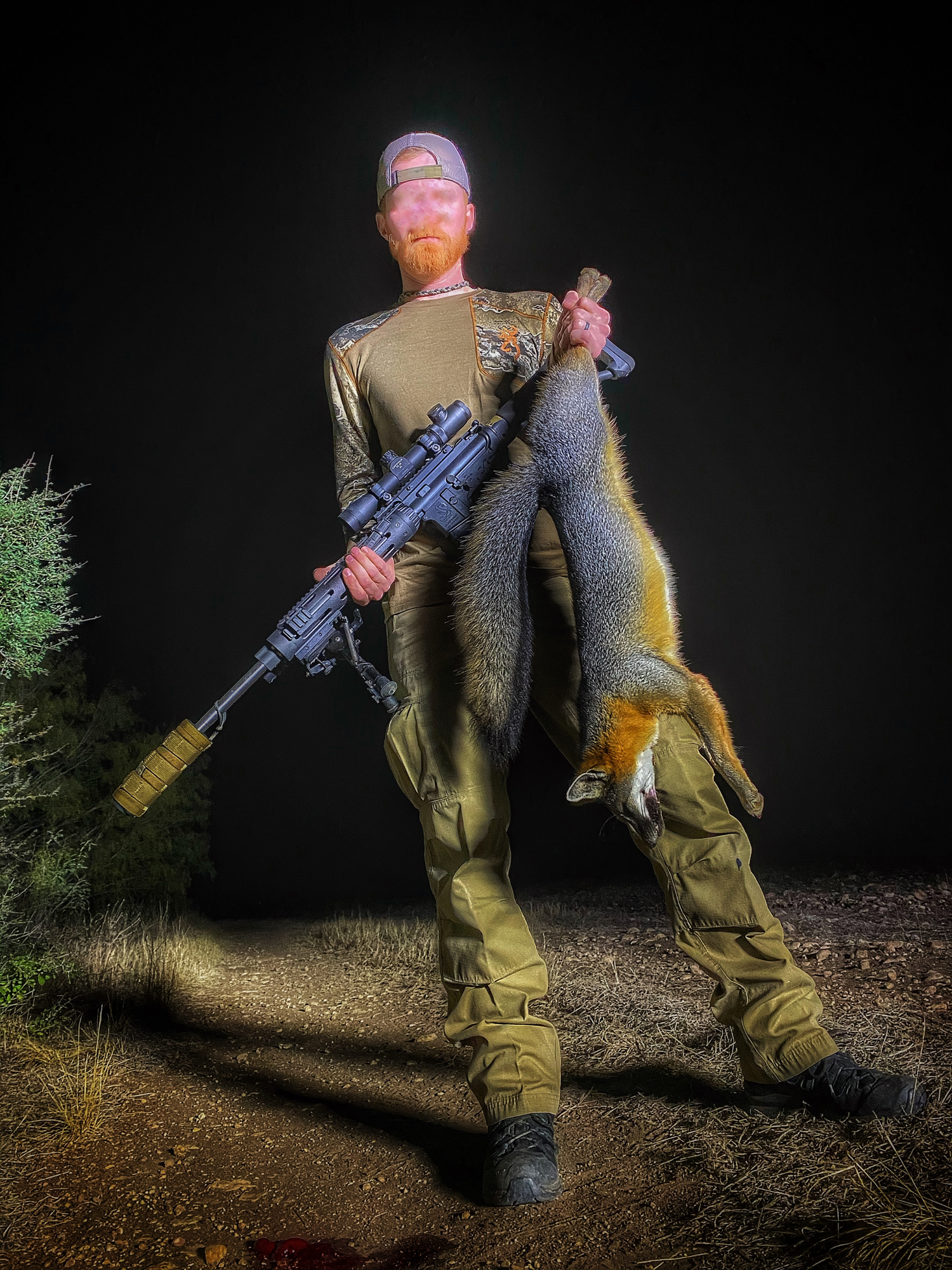