308 Winchester for some doe hunting later this week

Ernie Bishop Senior MemberPosts: 7,581 Senior Member
December 2020 in Hunting #1
How many of you guys use a 308 Winchester for hunting?
Dan Ekstrom and I plan to go to the edge of the Bighorns, just north of Buffalo, outside of a little town named Story later this week to attempt to fill some doe tags.
We will be still hunting...Doing the sneaky sneak, and then in the afternoon, we will hunker down on the ground somewhere in what each of thinks will be an area where deer will be moving.
Not sure which handgun Dan will use, but I plan to take my center-grip 308 Winchester XP-100 and use some factory ammo I have one hand: Hornady TAP 168 grain (A-Max), which has a MV of 2445 fps.
I have shot this XP out to 1000 yards on steel, so I figure it should do fine to the close distances I will be hunting-Under 250 yards, with most shots closer to around 100 yards.
I set all of my pistols up with a 100 yard zero.
It will drop 5 inches at 200 yards or I could dial or use the FFP reticle at 2.5 MOA for a spot on kill.
It has a reworked stock, and it has been bedded.
I bought this off of Gunbroker as a rear grip set-up at a good price, and it turned out to be a gem.
Someone had set it up for IHMSA, so it is a lightweight XP-100, with a 14.5" fluted barrel.
Glenn (a friend from church) helped me rework a flawed stock and bed it.
They kept the original recoil lug, when chambering/fitting the custom H-S barrel, which was designed for the center-grip trigger, so all I had to do was grab a spare trigger linkage, which I had, remove the trigger that was on it, put on the center-grip trigger, and I was set!
Mac's Gunworks added one of their solid-bottomed brakes, and Chuck did some adjustment work on the trigger as well.
H-S Precision did the metal work on it, with their name on the barrel, so I am guessing they built this before they started making their HSP/pistol action.
Scope is a Burris XTR-II 3-15 with the SCR MOA reticle. 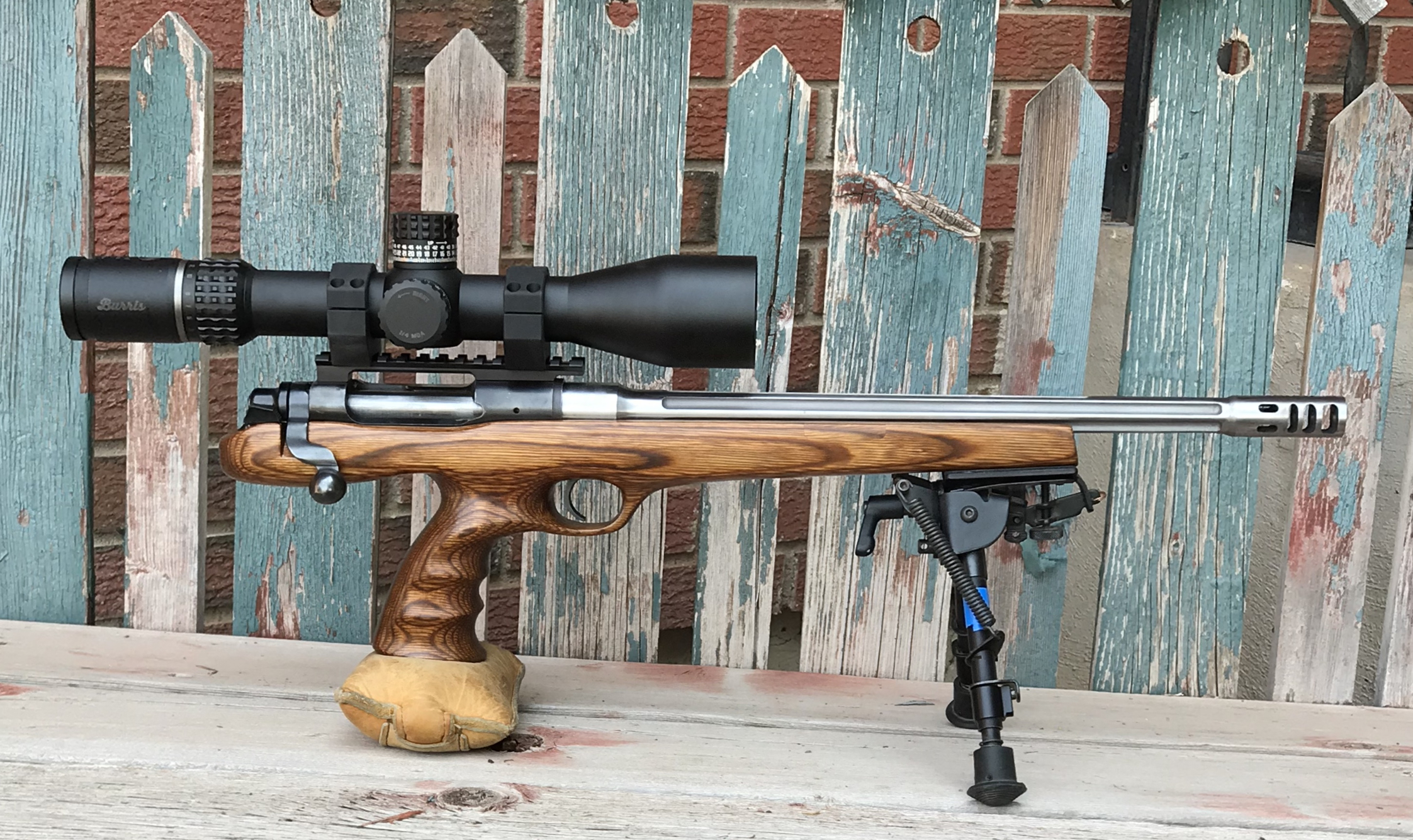