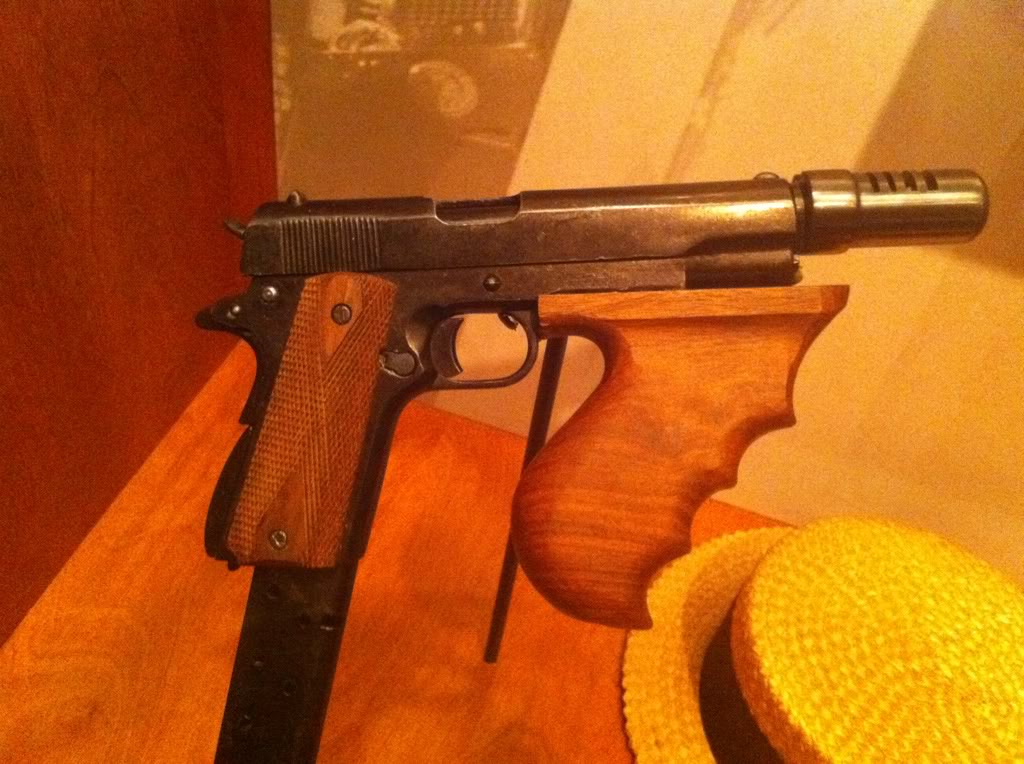 Baby Face Nelson had a pair of 1911s...one in .45 ACP and another in .38 Super, that a Texas gunsmith modified to fire full-auto only, fitted with 20 round magazines a fore grip(from a Thompson sub-machine gun) and a Cutts Compensator...cyclic rate of fire, 1000 rounds per minute...
Sharps Model 1874 - "The rifle that made the west safe for Winchester"
4 · Share on TwitterShare on Facebook