I inherited this gun from my grandfather a while back.  It is a Singer .25 acp, probably mfg. by Arizmendi in Spain in the 1920s.  When I test-fired it, it worked, but it took one hell of a squeeze to pull the trigger.  When I re-assembled it after cleaning and oiling, I couldn't get it to cock properly.  The firing pin went to firing position, but the trigger mechanism wouldn't line up, and wouldn't release the firing pin.  It seems to have something to do with the part pointed out in the picture, which moved the trigger mechanism down as the slide was racked.  When I reassembled the gun without this part, it cocked properly, but jammed frequently when fired.  What is is this part and what does it do?  Is it part of the safety mechanism?  The gun is missing the safety lever, which may have something to do with it.
Any Help is appreciated.  Thanks! 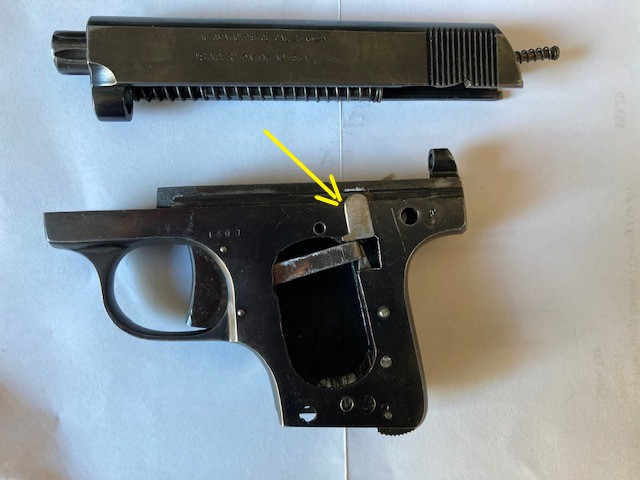