Glock 17 vs Glock 43X shot side by side, range report. Surprised me...

GunNut Posts: 6,980 Senior Member
March 26 in General Firearms #1
Finally got to shoot them side by side today and I really like the new 17.  Glock standard 100% reliable, no break-in needed, ate anything I fed her included full mags stuffed with randomly mixed rounds from 115 FMJs to 147 HPs.  Ran like a sewing machine without a hitch.

For the first time in my life I own a full sized 9mm/40 Glock frame that actually fits my hands and I can shoot well instinctively.  The capacity of 17+1 is very comforting to have and the magazine compatibility with the new AR pistol is a huge bonus.  From 5-7 yards head shots on an IDPA target are easy and fast.  COM is basically effortless.

BUT, being such a big gun in 9mm I expected recoil to really NOT a factor, thinking I'd be able to run it like I stole it.   SURPRISE!!!... shooting the 17 and the 43X side by side I noticed the 17 is more “jumpy” in my hands for lack of a better word!  So I kept switching back and forth to figure this out.  The 17 is a big gun and fully loaded has enough weight that it should be much softer recoiling that’s the 43X, no?

Then it dawned on me.  It must be that big ass slide.  The difference in weight between the slides is significant with the 43X slide weighing in at 13 oz and the 17 comes in at 17+ oz (tough to see in the pics I took on the scale below).  So the slide of the 17 weights as much (more?) as the whole 43X and on the 17 all that weight is on top since both frames weigh just about nothing on their own and the capacity 15 vs 17 pretty much cancels itself out.  This combined with the larger grip frame that does not allow me to get as much of my hands on the grip as I can on the 43X may just be why the 17 feels like it recoils "more", again lacking a better word.

I'm NOT trying to put down the 17 in any way shape or form.  I really had a great time shooting it and it's a formidable weapon by ALL standards.  I'm just saying that for sheer "shootability" (which means something different to everyone), FOR ME, the 43X seems a softer shooter and easier to control specially as I push the pedal down.  Funny I NEVER thought that would be the case!  This was a huge surprise to me. 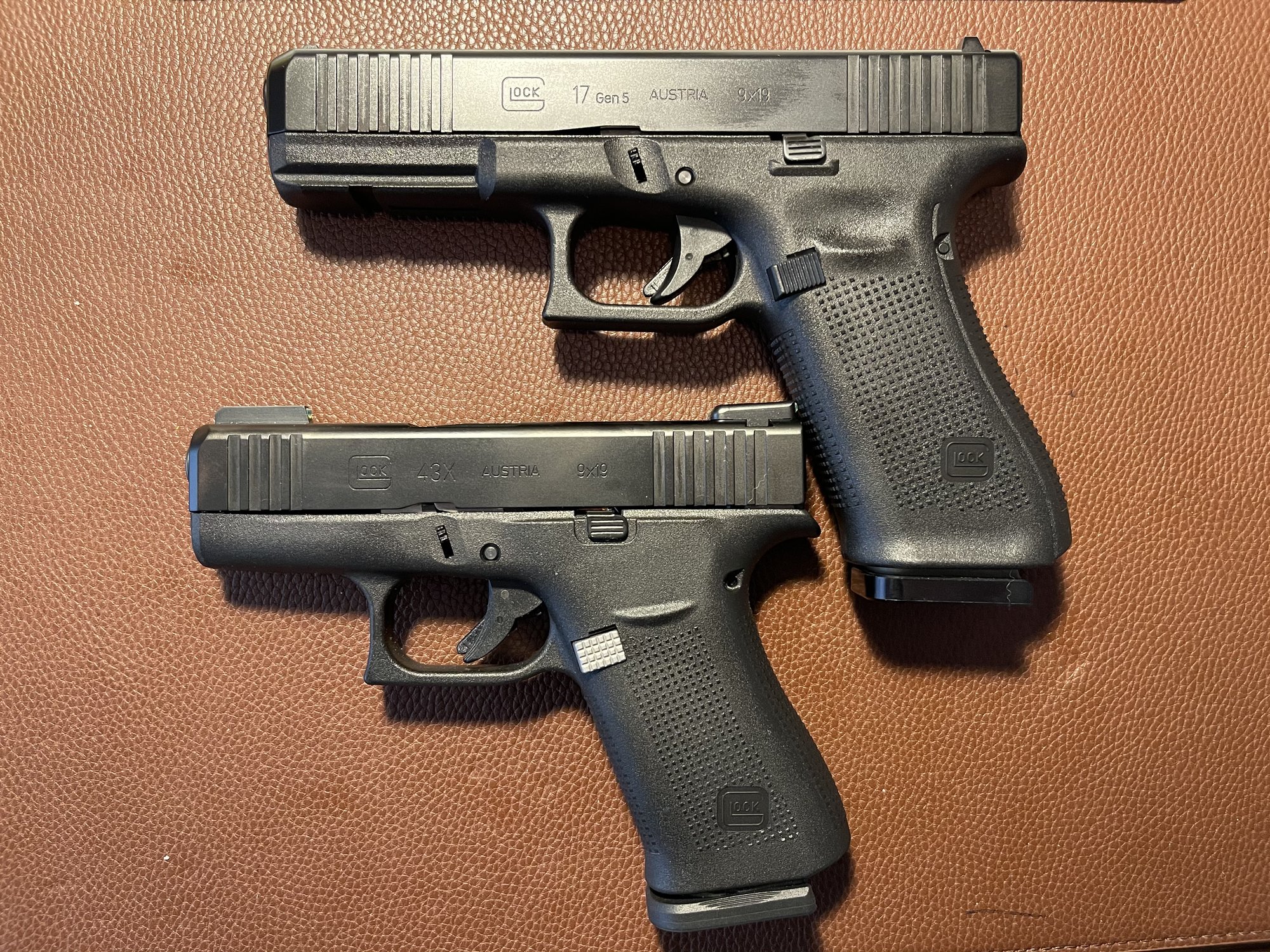 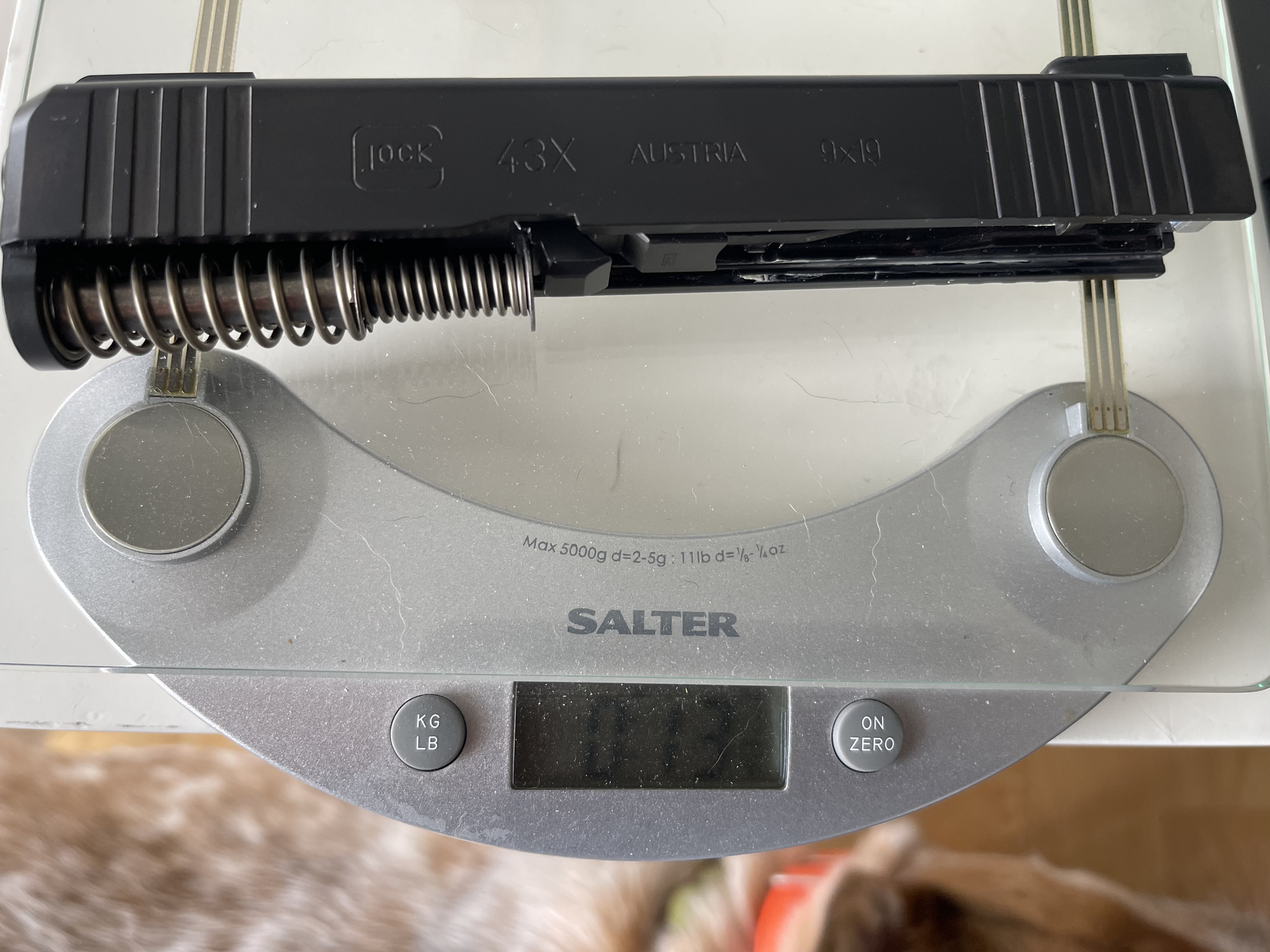 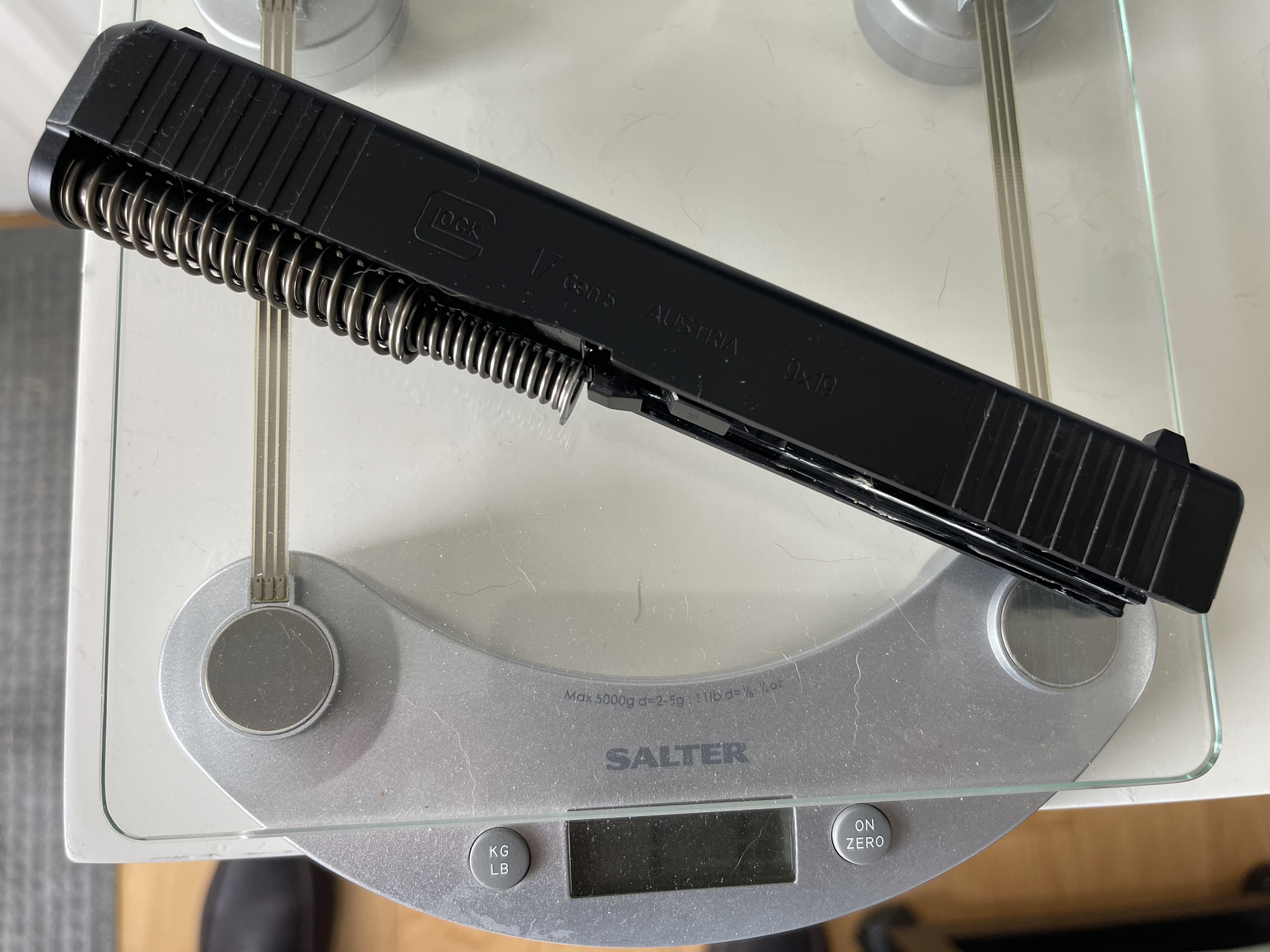 General George Patton:  “Watch what people are cynical about, and one can often discover what they lack.”
1 · Share on TwitterShare on Facebook