Tugar Senior MemberPosts: 2,364 Senior Member
April 25 edited April 25 in Clubhouse #1
I don't know exactly where and why. I think it was overflow for a nearby food bank but a coworker told us all that there was extra PALLET of frozen salmon. Come get what you want. I don't have a boat cooler, but i washed out the two smaller ones I had. They headless and guts taken out. Otherwise whole fish. 8 'smaller' salmon with two larger ones that BARELY fit in the back side to side in my car.


Monster on the back of my old Tacoma 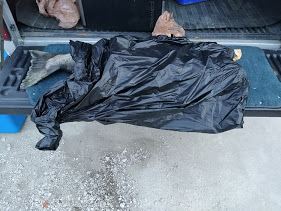 I took off the back 25% of the large fish. Gave most of the smaller ones to friends. The back end got fileted and chopped into 6 more or less equal pieces for roast. (grill is out right now)


This is part of a normal large kitchen sink. That is the tail piece of one of that same monster above. 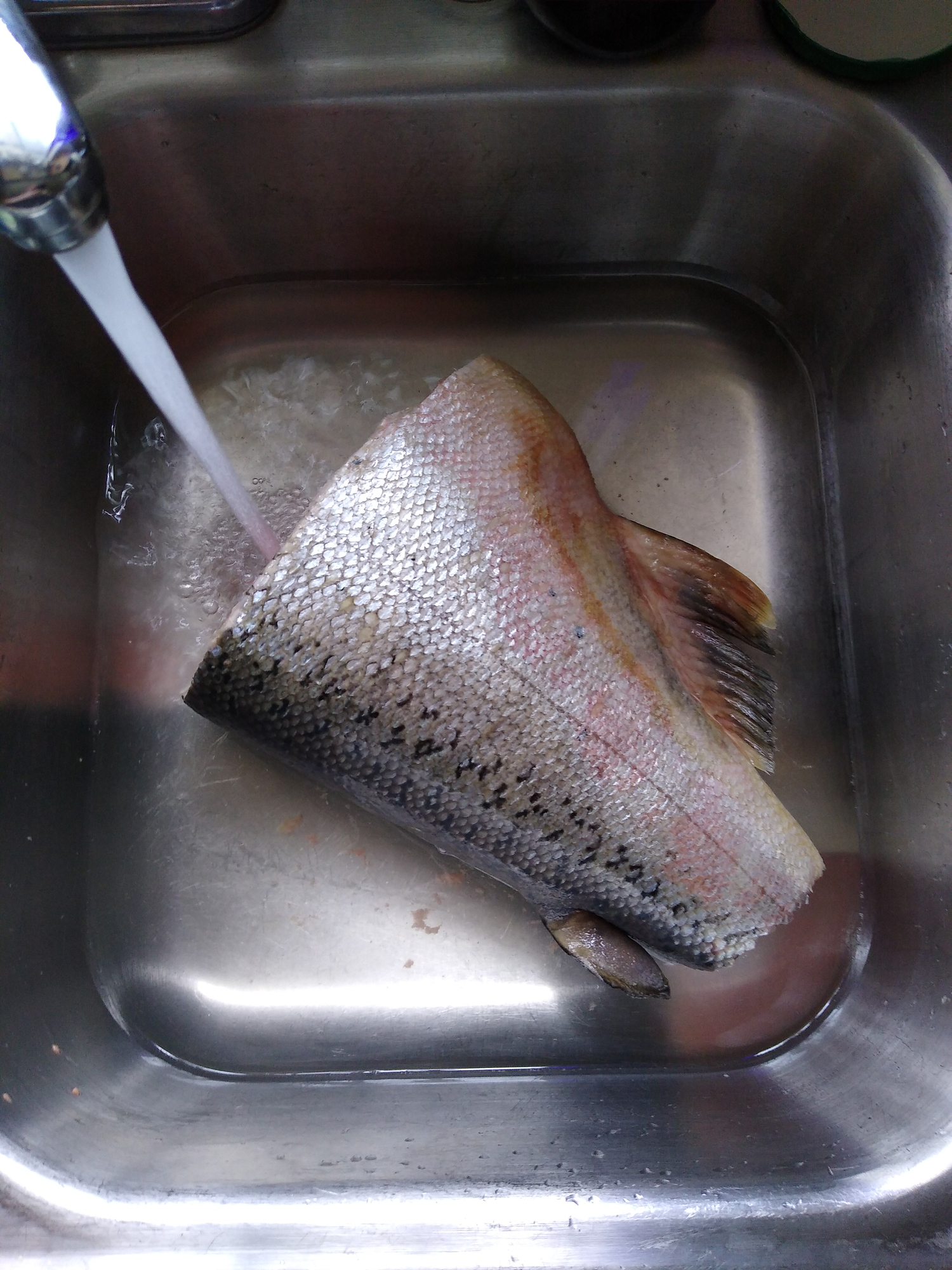 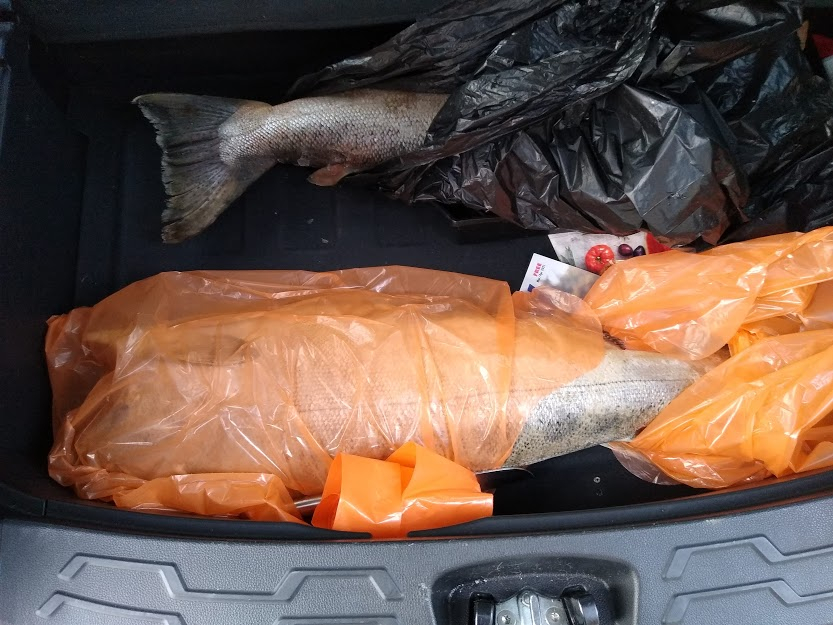