Bigslug Senior MemberPosts: 8,753 Senior Member
July 16 in General Firearms #1
Going out tomorrow to test out the fruits of my labors: 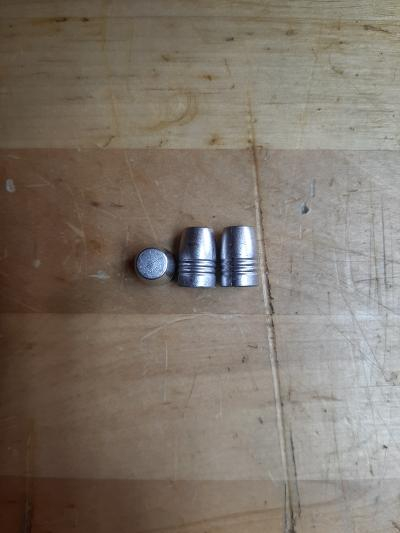 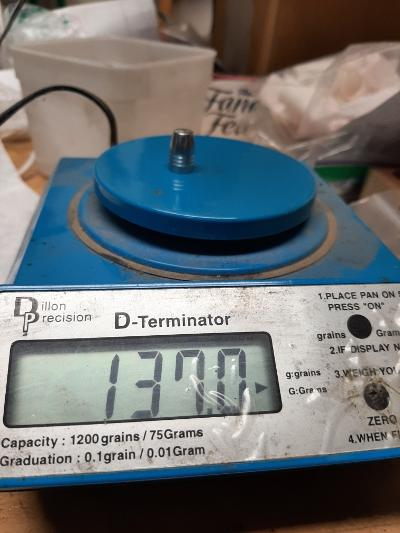 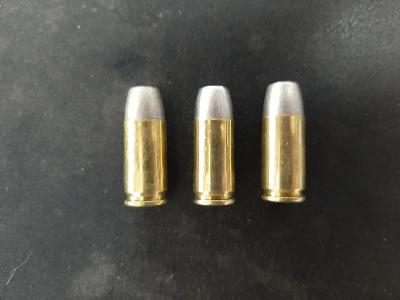 The good folks at NOE Bullet Molds are the prime producers of molds designed by a fellow who goes by the handle of Ranch Dog.  Ranch Dog's main design criteria are generally:

1.  Cast to desired diameter and tumble lube, thus sparing yourself the tedious process of running each bullet through a lube-sizer.

2.  Go for as much meplat as can reliably feed, and don't sweat expansion (although NOE does make molds of them in hollowpoint versions for those so inclined.  Meplat on this slug is .256"; or 72% of full diameter.

I have a couple goals for tomorrow:

First is to see what kind of penetration this concept creates.  I know that the same proportions at 230 grains in .45 ACP will go 9 jugs at GI Hardball speed with a non-expanding alloy.

Second is to see if straight air-cooled wheelweight will expand with a solid nose at this speed.  For what I want this slug to do, I hope it does not.  I can oven heat and water quench to harden them up, but that's more production time.

Third is to get a feel for overall destructive potential for a projectile that is a bit atypical for 9mm.  Water isn't really a meat surrogate, but it is instructive to learn where you transition from something that is rupturing jugs to just poking bullet-diameter holes.

So that's the teaser.  Science in the morning; results in the evening.  Stay tuned!
WWJMBD?