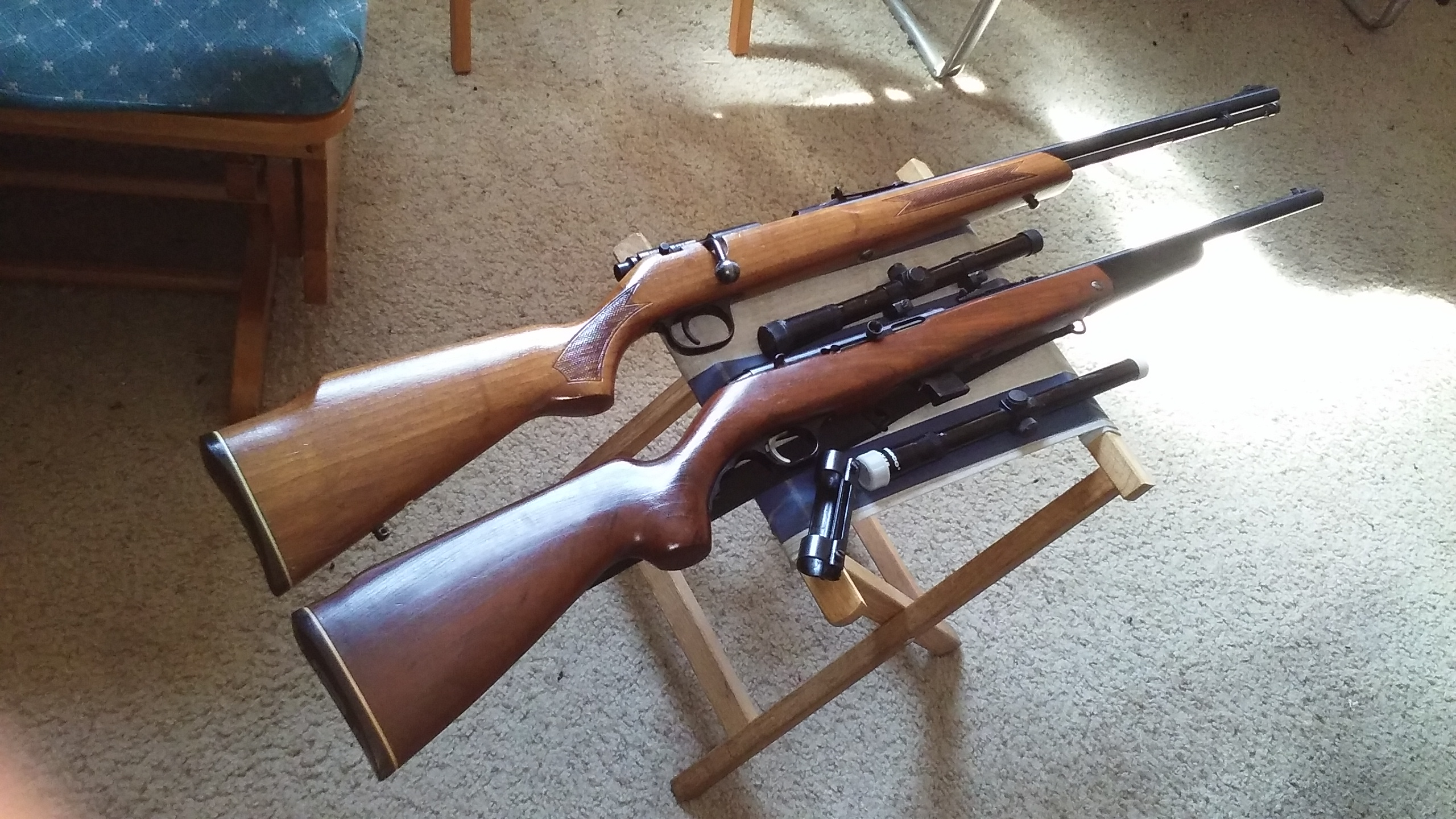 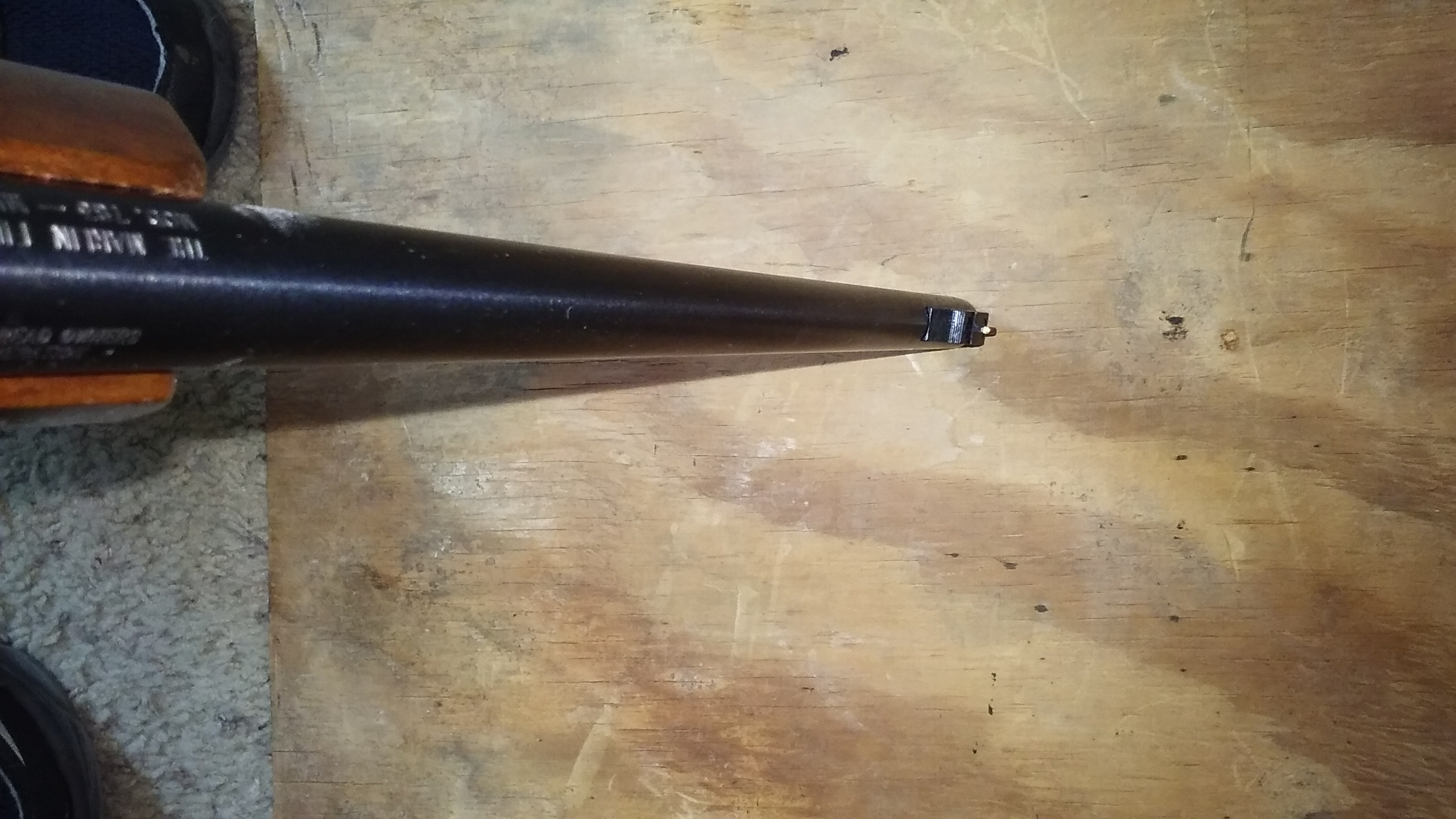 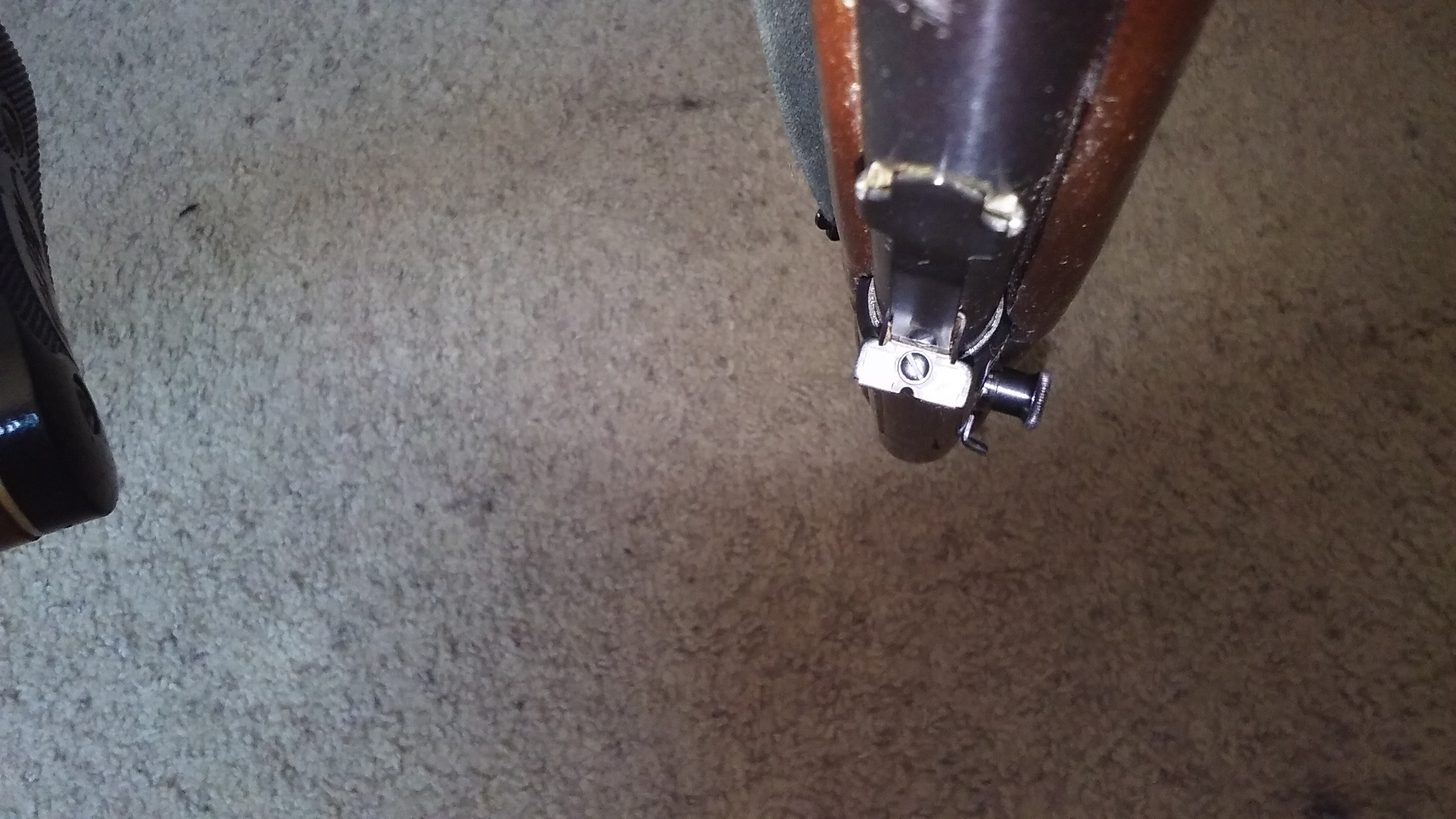 Today's clear scopes are inexpensive, but I think I may try the open sights first. I bore sighted both to get them close. The Marlin's rear is as high as at can go. The Mossberg is about in the middle. Both look to maybe shoot a bit left. We'll see. Won't hurt to try. Can't say when it'll be, but a starts a start.
1 · Share on TwitterShare on Facebook