Ernie Bishop Senior MemberPosts: 8,545 Senior Member
October 2021 edited October 2021 in Hunting #1
BCG 280 Ackley Improved XP-100.
This custom XP-100 shoots so good, and everyone who has shot it loves it.
I finally was able to draw first blood with it on Friday morning.  I used the 140 grain Accubond at 2961 ft./s. I set the magnification between seven and eight power, since I expected a close shot, and wanted a greater field of view. I also checked my parallax adjustment as well.
The beauty of the country we live in is, you can see forever, but at times it can be challenging, because they can see you too. It took me some time to figure out how to be able to make the stalk, and him not see me. I had terrain (creek bottom) and sage brush in my advantage, but the wind was almost coming from my back, so I knew there was a chance that could create a problem.
I had to be exposed slightly for a short period of time, before I got down into the creek/draw bottom, but I was far enough away, and he was looking the other direction, so it was not a problem.
I shot this buck at 204 yards. I crawled around 150 yards and then stomach crawled somewhere between 35 and 50 yards to make the shot. I had an opening in the sagebrush to my left, and I had almost made it to the stage, when the buck started moving to my left. Since I was on public\state land, and in a little bit he was going to be crossing on to private land, it was time to get things done.
The gun is so capable of shooting so much further, but the stalk was fun.
I am looking forward to shooting the 160 class bullets out of this, and see how it compares with my 284 Winchester XP-100’s.
I shot the top of his heart out. 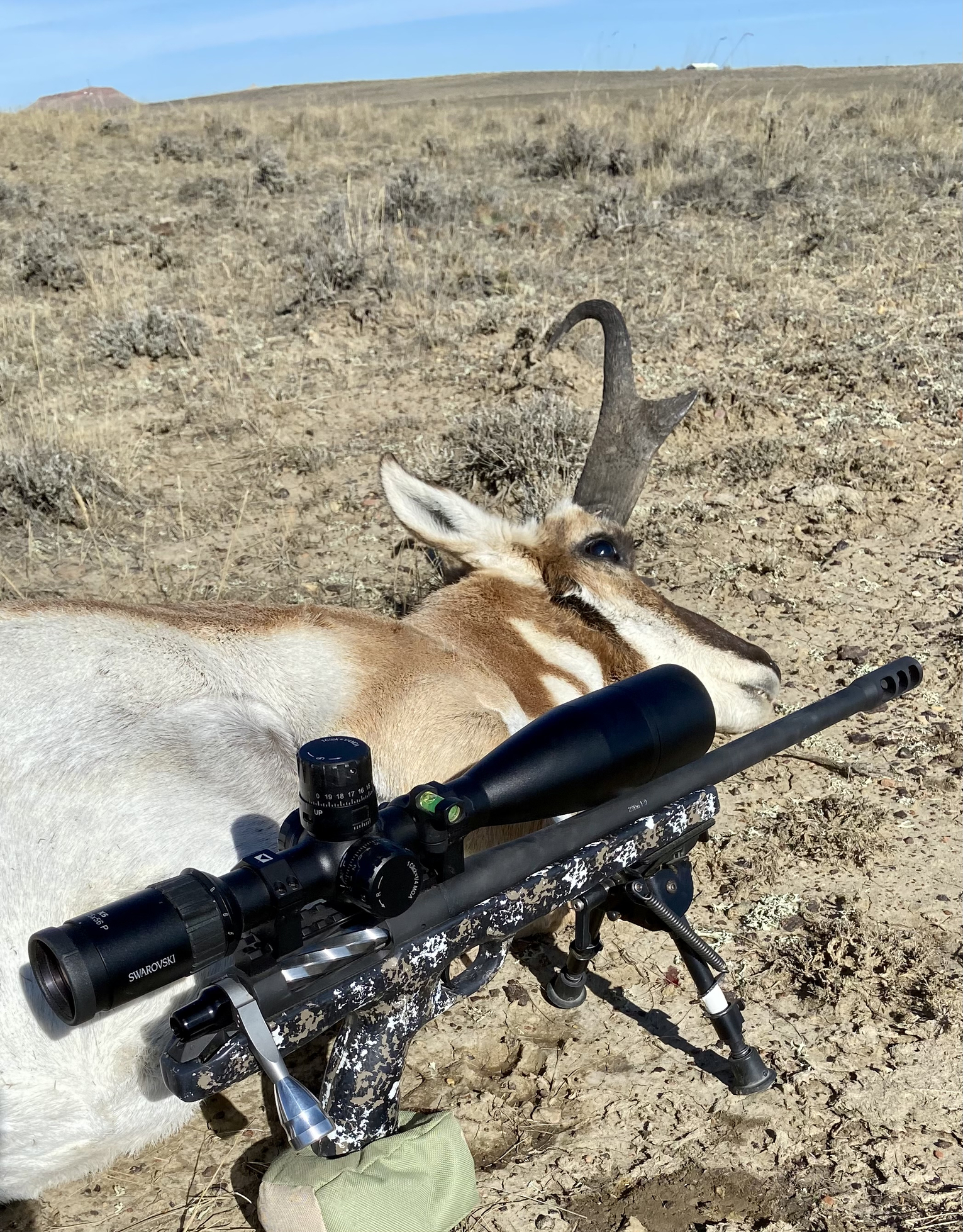 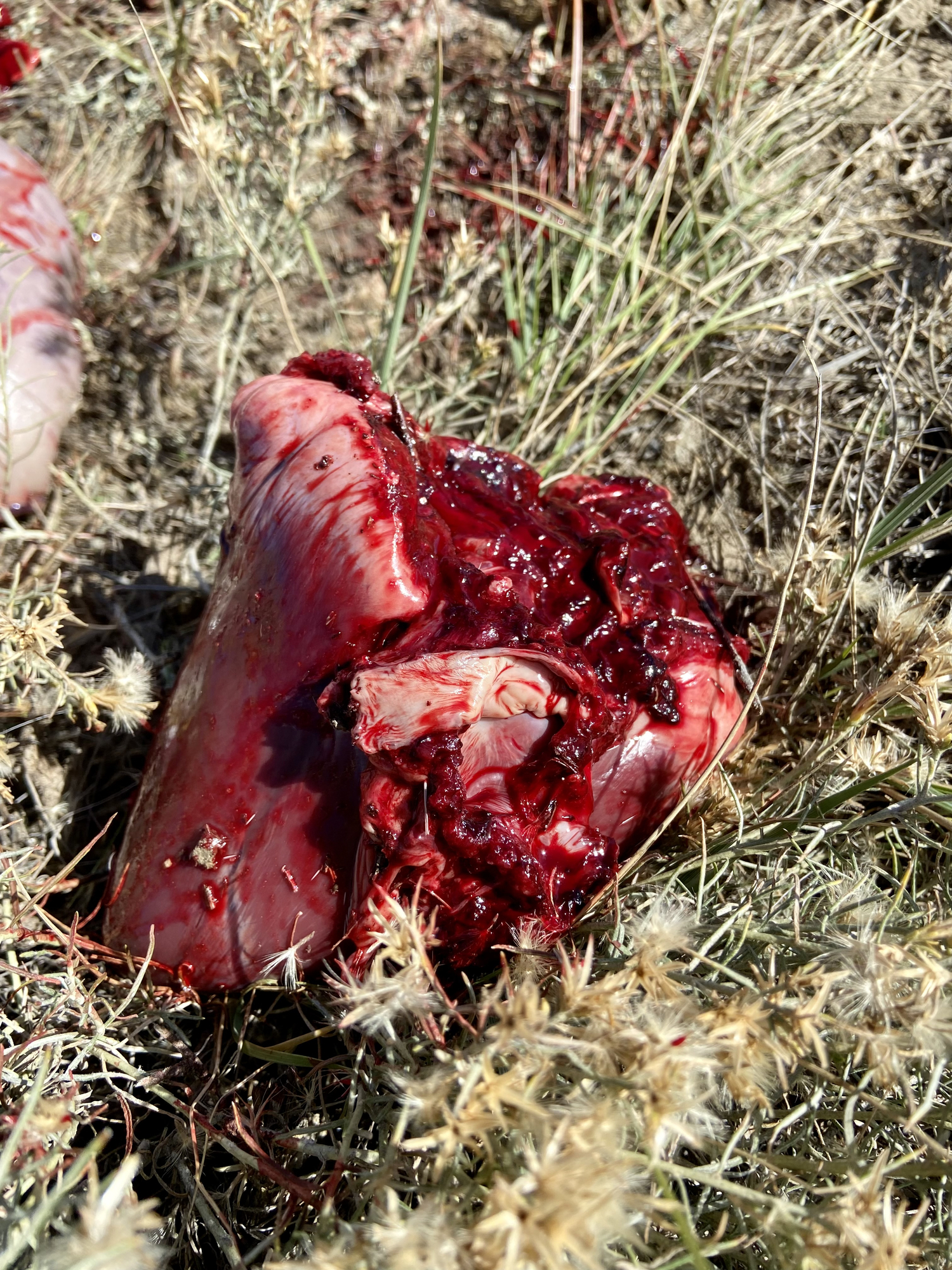