Zee Senior MemberPosts: 27,682 Senior Member
October 2021 edited October 2021 in Hunting #1
Loki the Rat Dog!  Every time I go in my barn, Loki wants to go and look for rats. Since I moved into the place a year and a half ago, Pack Rats have been an issue in the barn. The first year, poison stations worked. Now, they ignore the poison.
He searches all over like a bloodhound when we enter. Their destructive sign is everywhere.m. Well, today he searched while I worked. Then, he focused like crazy on a dresser we have stored. Curious, I walked over and opened the top drawer. Holy CRAP!!  A big Pack Rat was sleeping in a rat nest surrounded by chicken feed (chicken coop just outside the barn)!  I shut the drawer and went to get a more appropriate sidearm as I had a CA .45 Colt on my at the time). Returning with a .22lr revolver and “Rat Shot”, I reopened the drawer to find him gone. Opened the next and there he was in another drawer FULL of chicken feed!  Hitting a running rat at point blank range in a drawer isn’t easy.  First shot raked his butt. Second shot was full on broadside and I prevailed. He still had enough gumption to exit the drawer (even with my positioning of the drawer to smooch and prevent his exit). He made it out of the dresser and behind another utility before succumbing to his wounds.
I returned all the chicken feed (about 5 pounds worth) to the chickens before I thought to take a pic of the nest in the drawer.  Placed him in his bedroom for the stages photo. His dining room was the site of the fragmented wood. 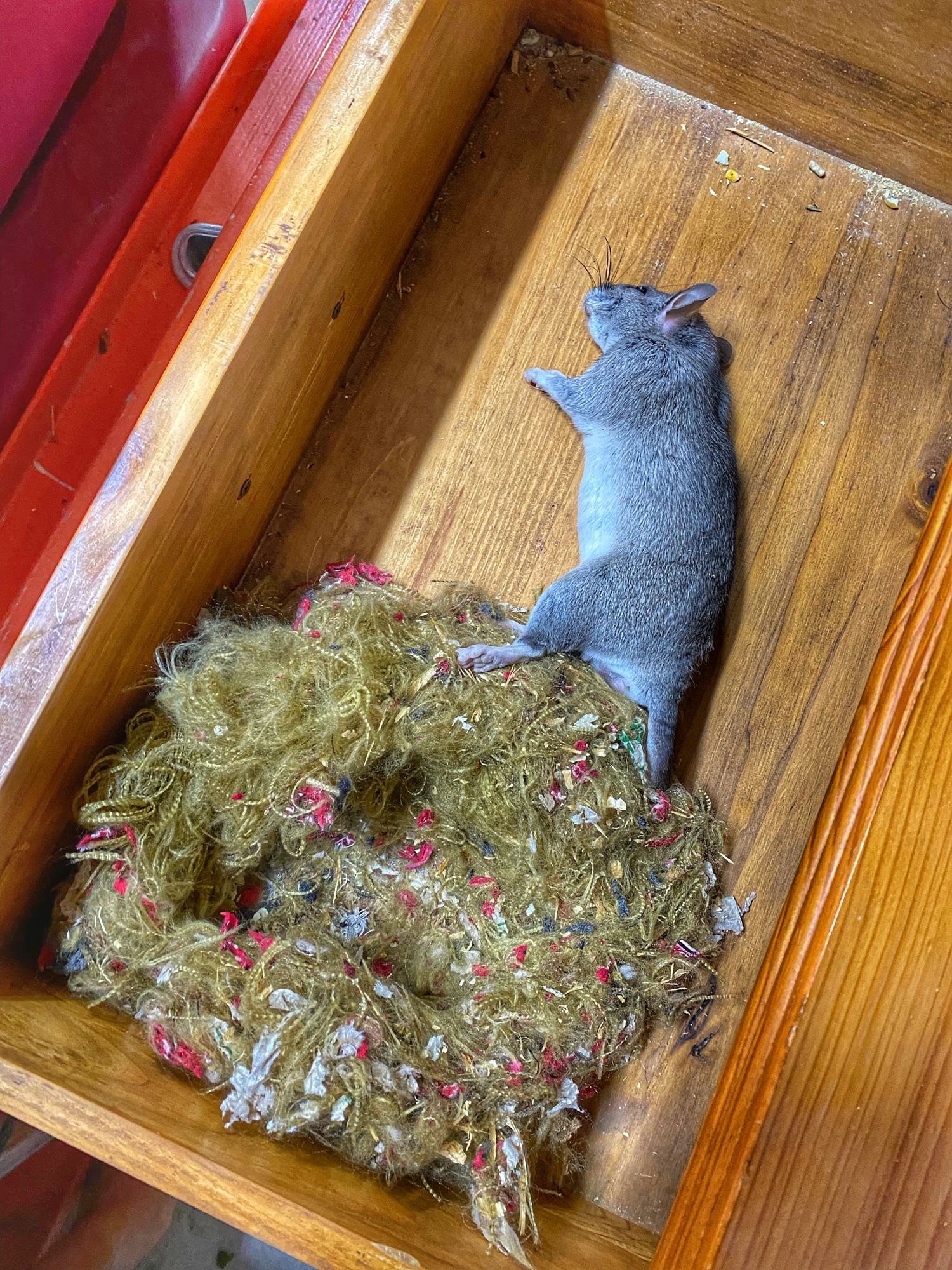 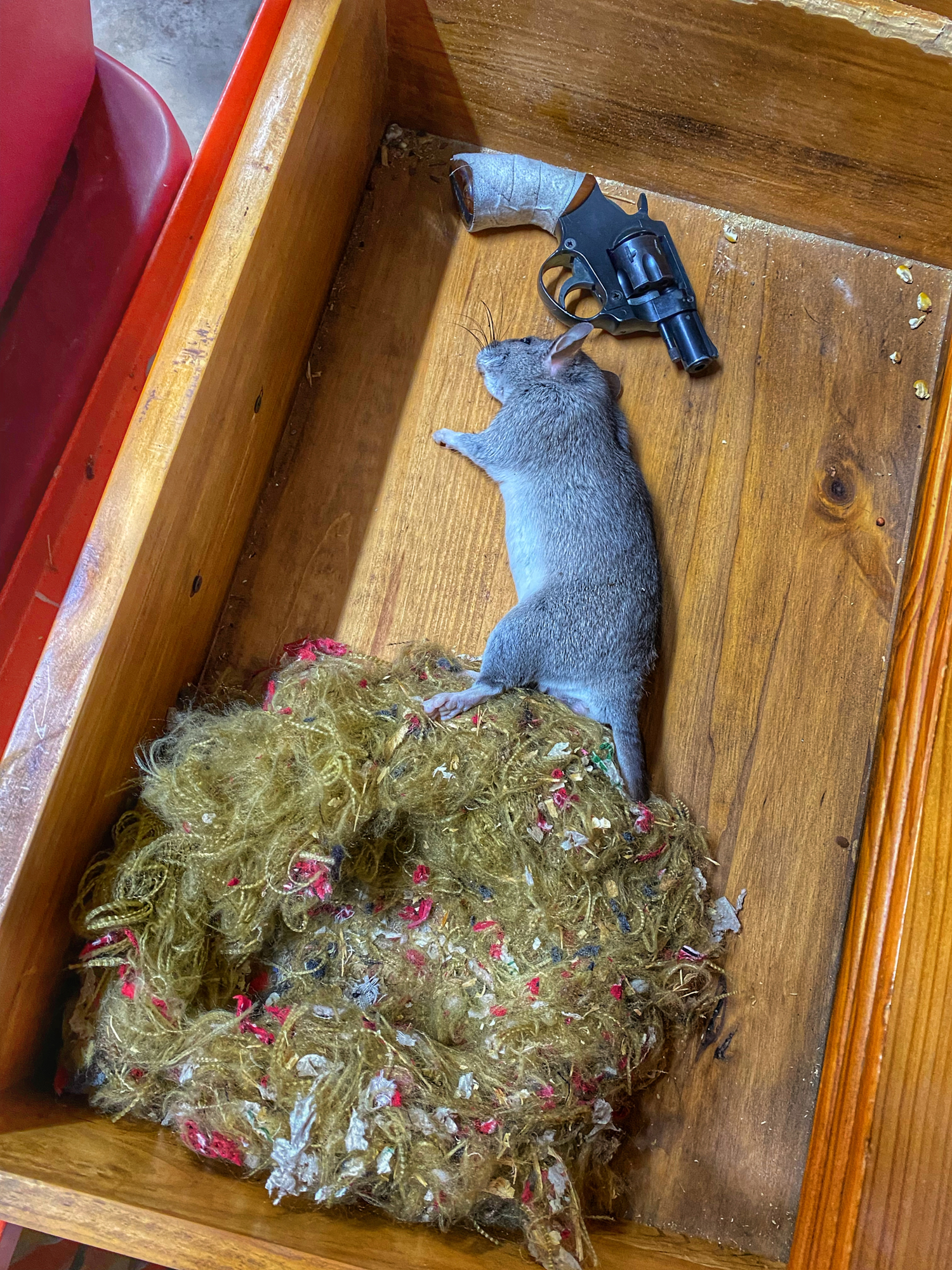 That’s his bed, minus the chicken feed. 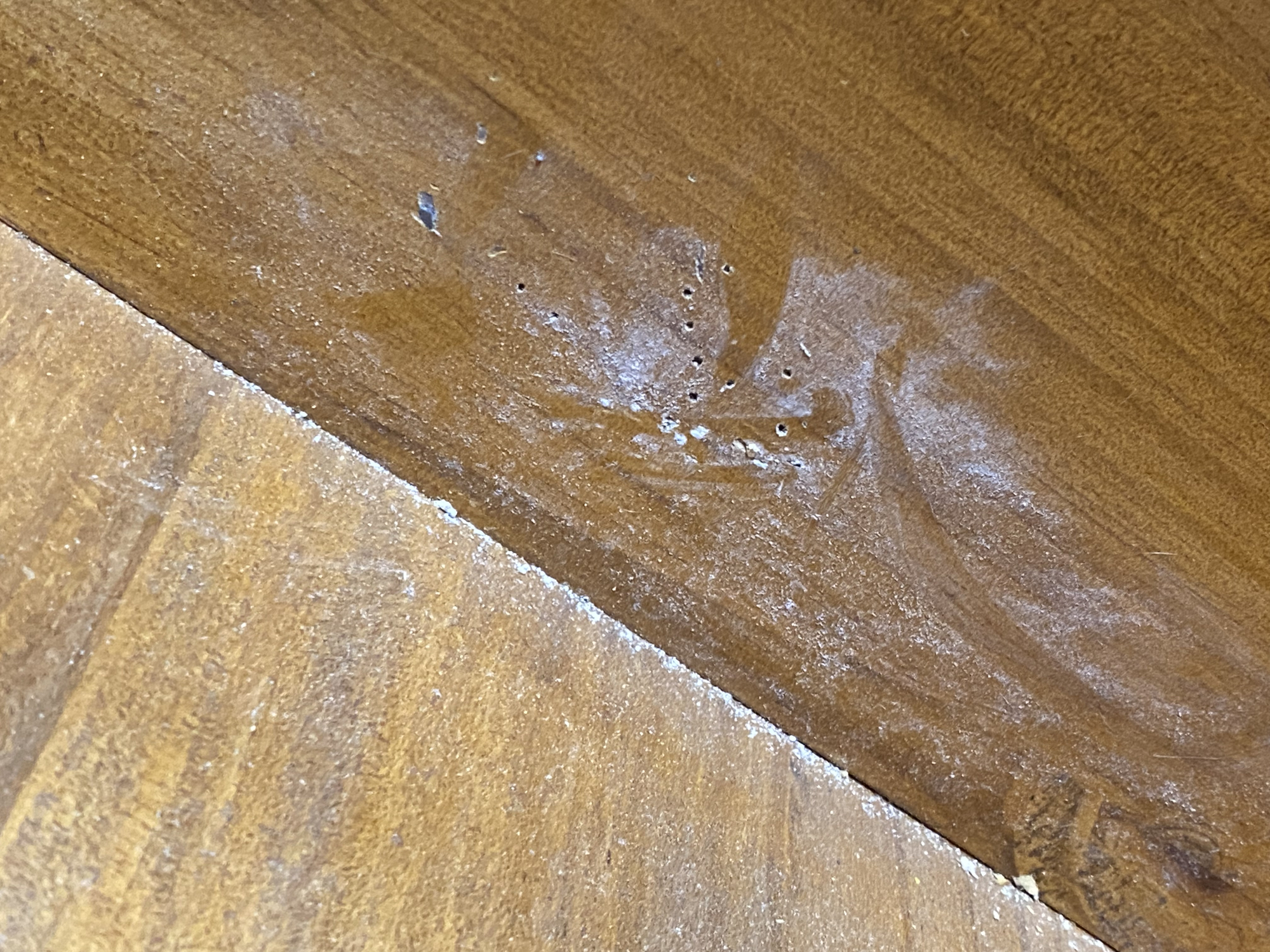 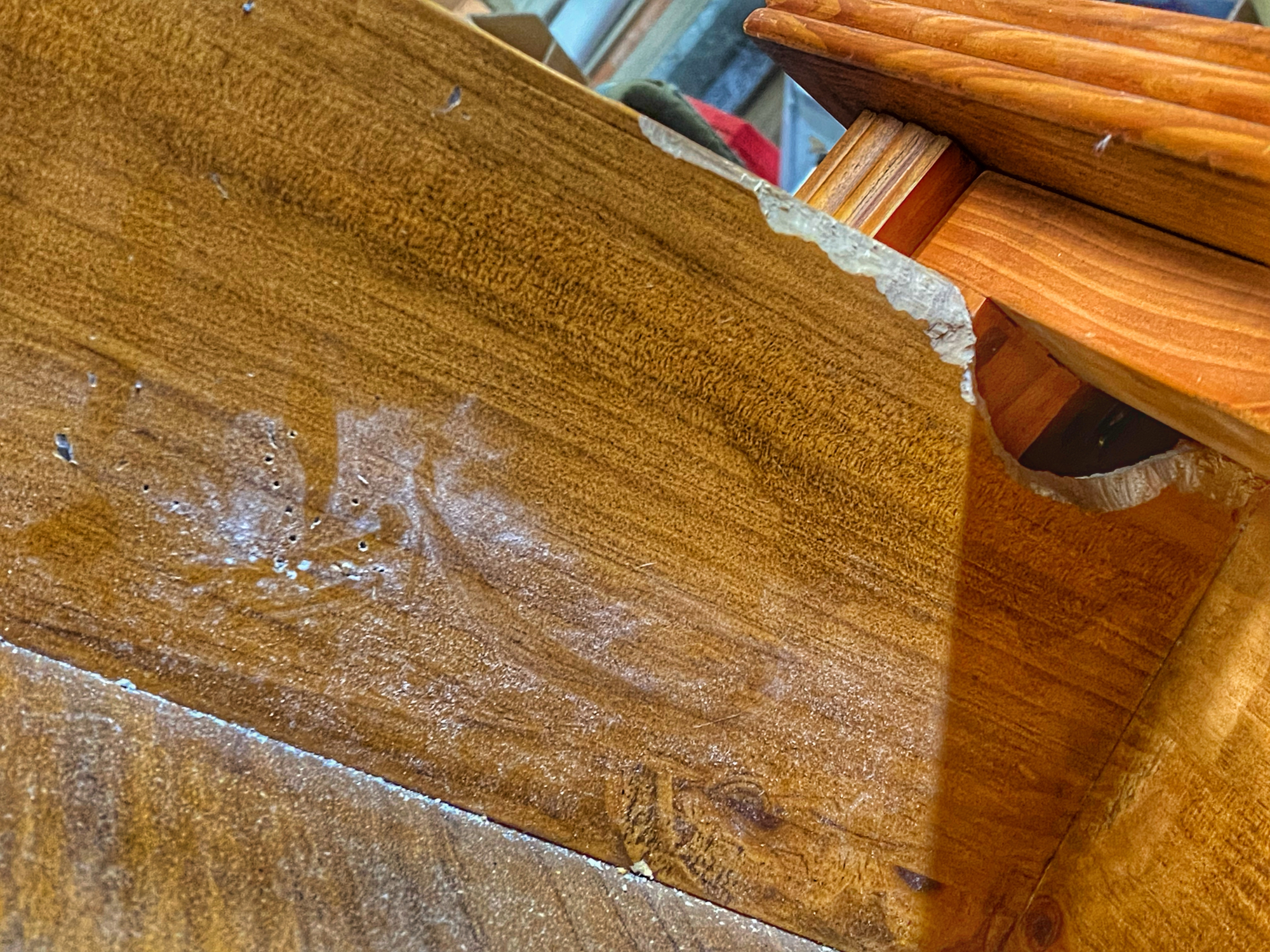 Errant 12 shot from a rapidly moving target at about the depth of chicken corn feed in the drawer. Along with the half moon he chewed in the back of the drawer to gain entry. 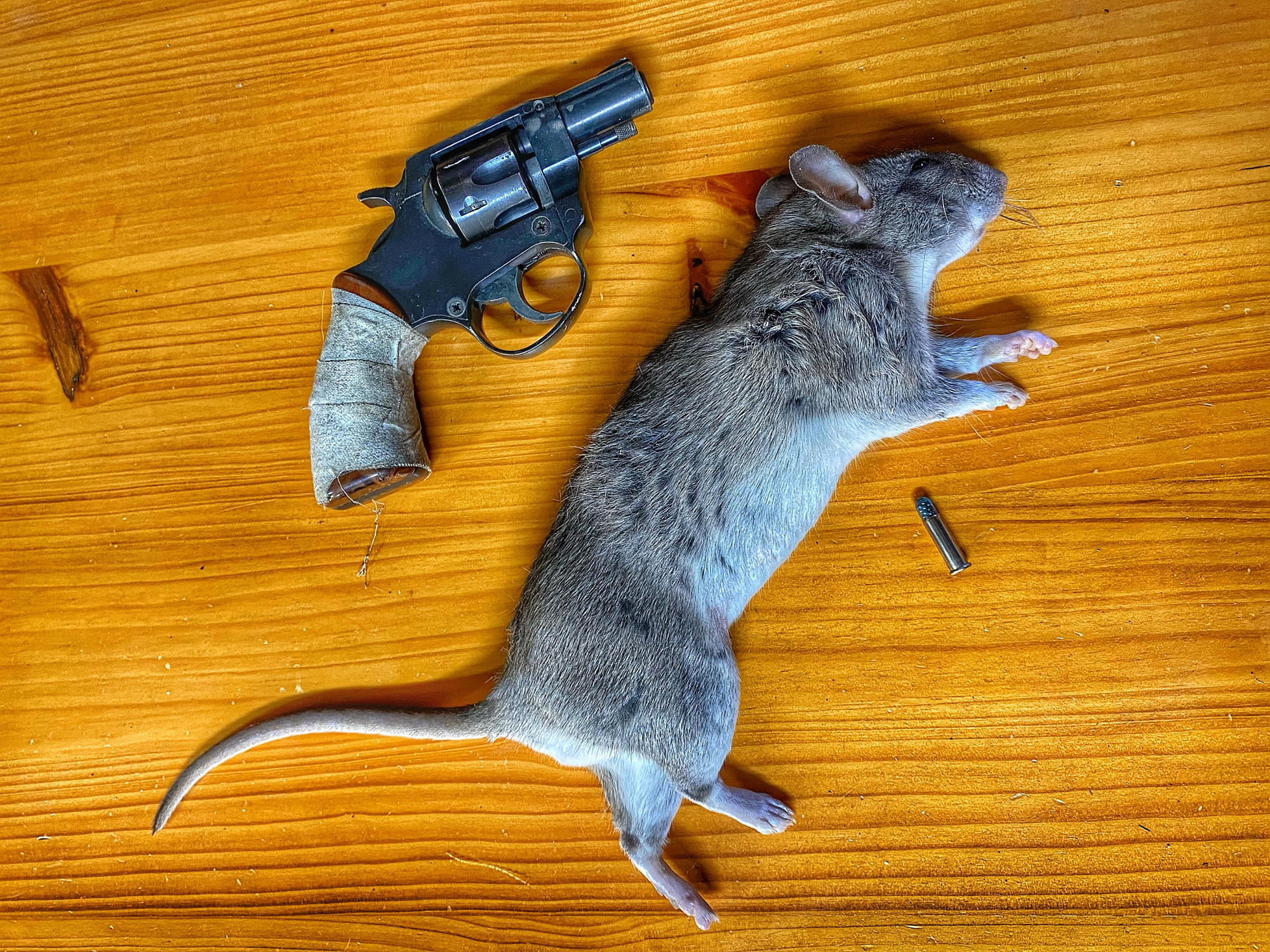 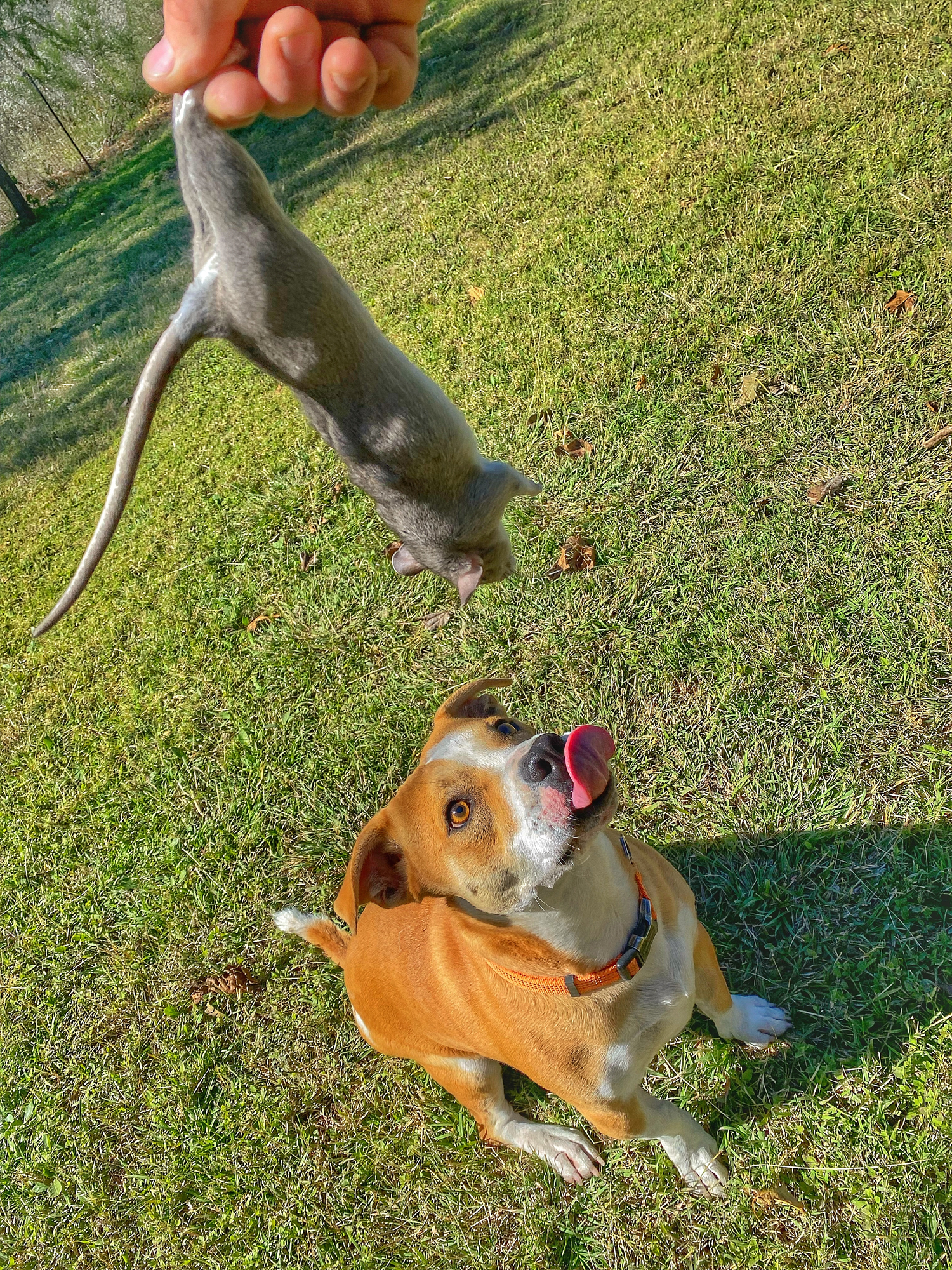 The Trophy and the Reward.
"To Hell with efficiency, it's performance we want!" - Elmer Keith
2 · Share on TwitterShare on Facebook