My impressions of the Wrangler.

Elk creek Senior MemberPosts: 7,413 Senior Member
January 12 in General Firearms #1
First impressions. Good. It has too much spring! That’s easy to remedy. Another cool feature is the cylinder free spins either direction when you open the loading gate. This helps in loading and unloading. I do miss the clicks for reference though as with other single actions. The trigger is not a 3 screw, but decent for what it is. Crisp once you get through the creep. About 6#….. over all fmiles ahead of any other value priced 22 single action. Period! I have one so no need to “collect” all the colors but for 223 OTD dang it’s a value. That was my impression sitting in the parking lot of the box box sporting goods store..

Tonight I had a bit more time to dig into it. As posted here before it’s a wrangler. It’s way over sprung, so I dug around in my “bin o parts” and found left overs from other re-spring projects and found the winner. I replaced the trigger return spring while was there. The grips are an old pair of new model 3 screw I took off of a revolver years ago. They are a bit worn but look just right. The Lawrence Tom Threepersons holster I found at a local slobber shop in the “used leather” bin for 15 bones….. after re-springing and attention to a few other details it’s smooth, and has a pretty decent trigger. I like the mix of old and new… it’s going to be a perfect glove box gun! 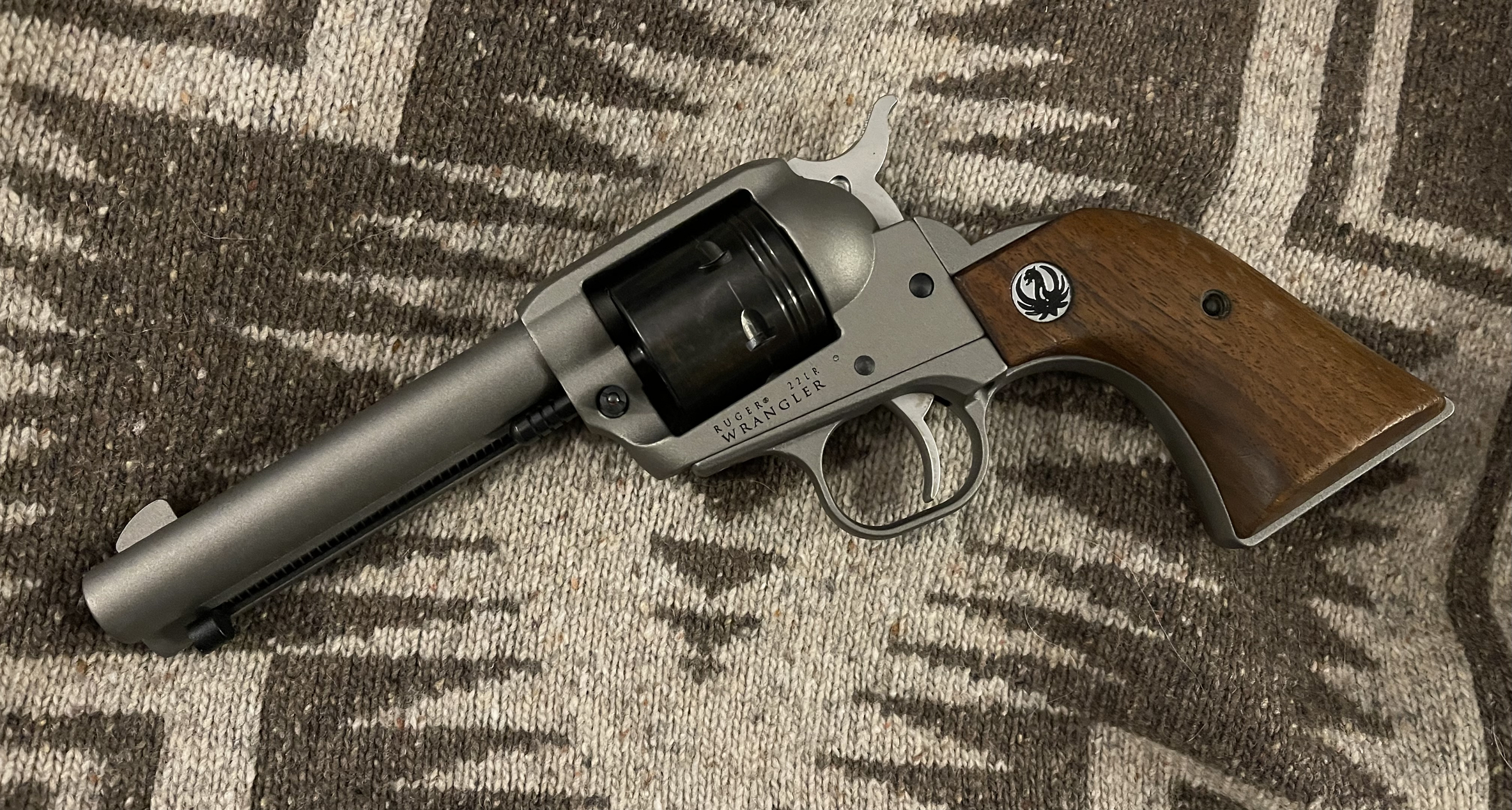 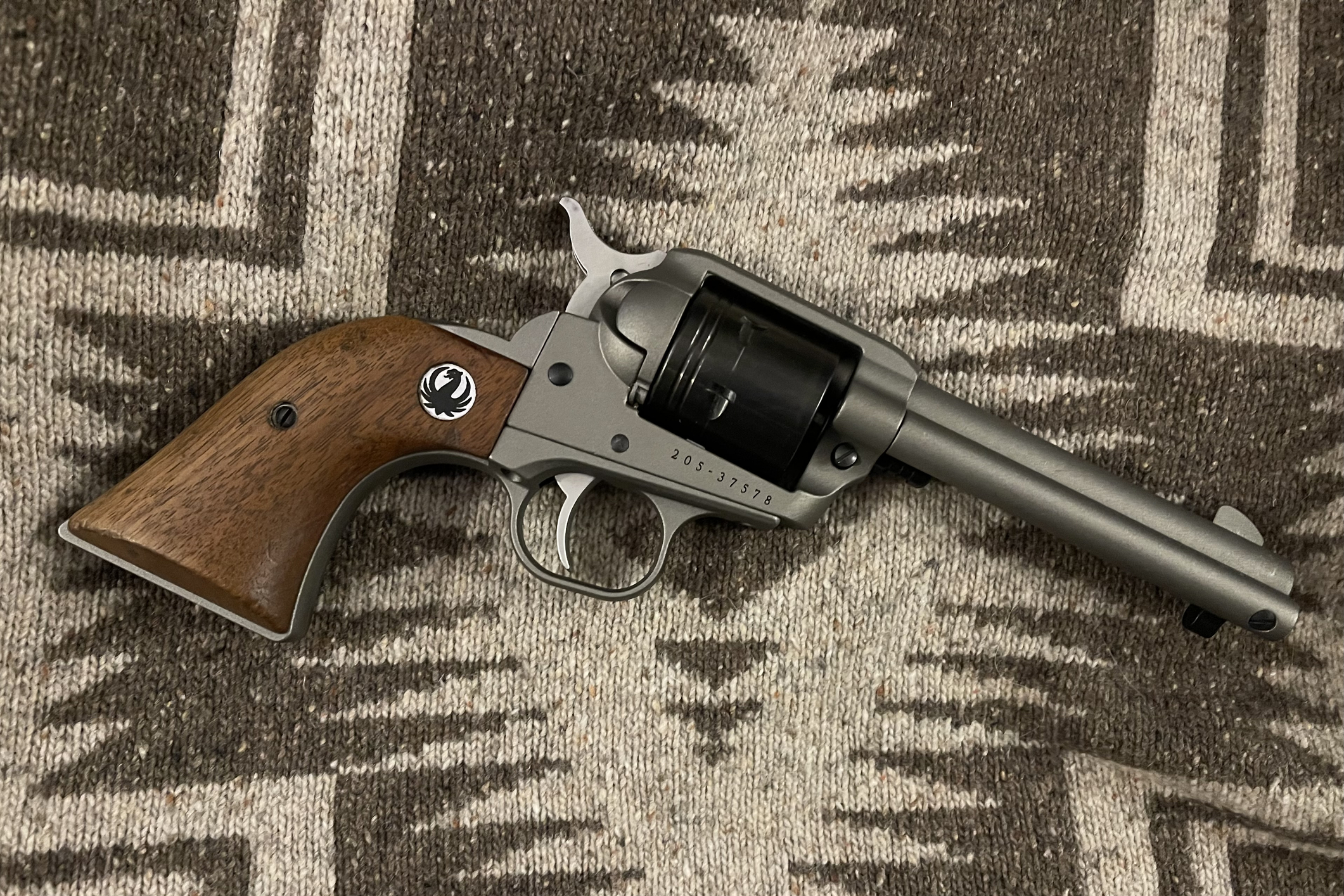 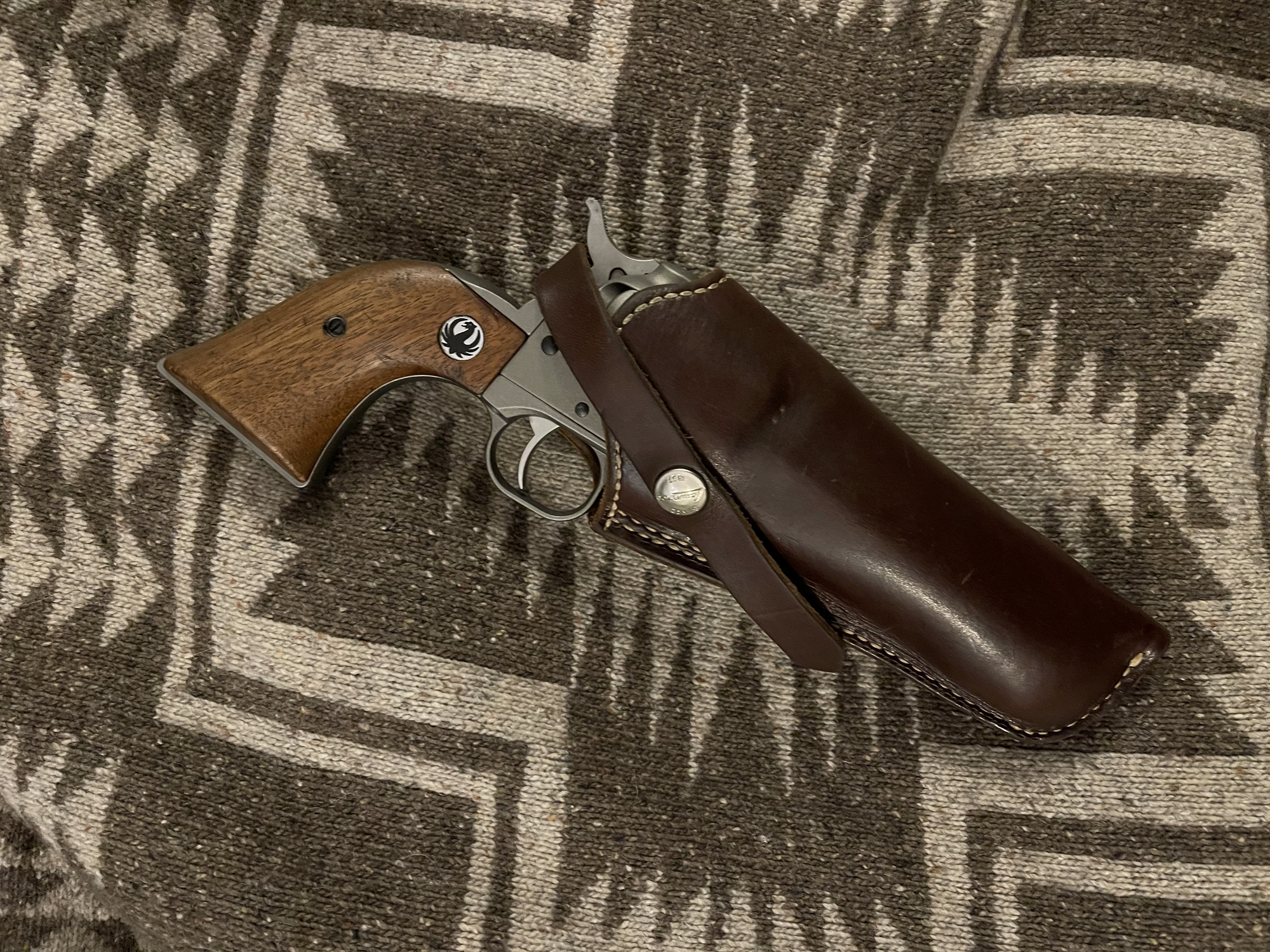 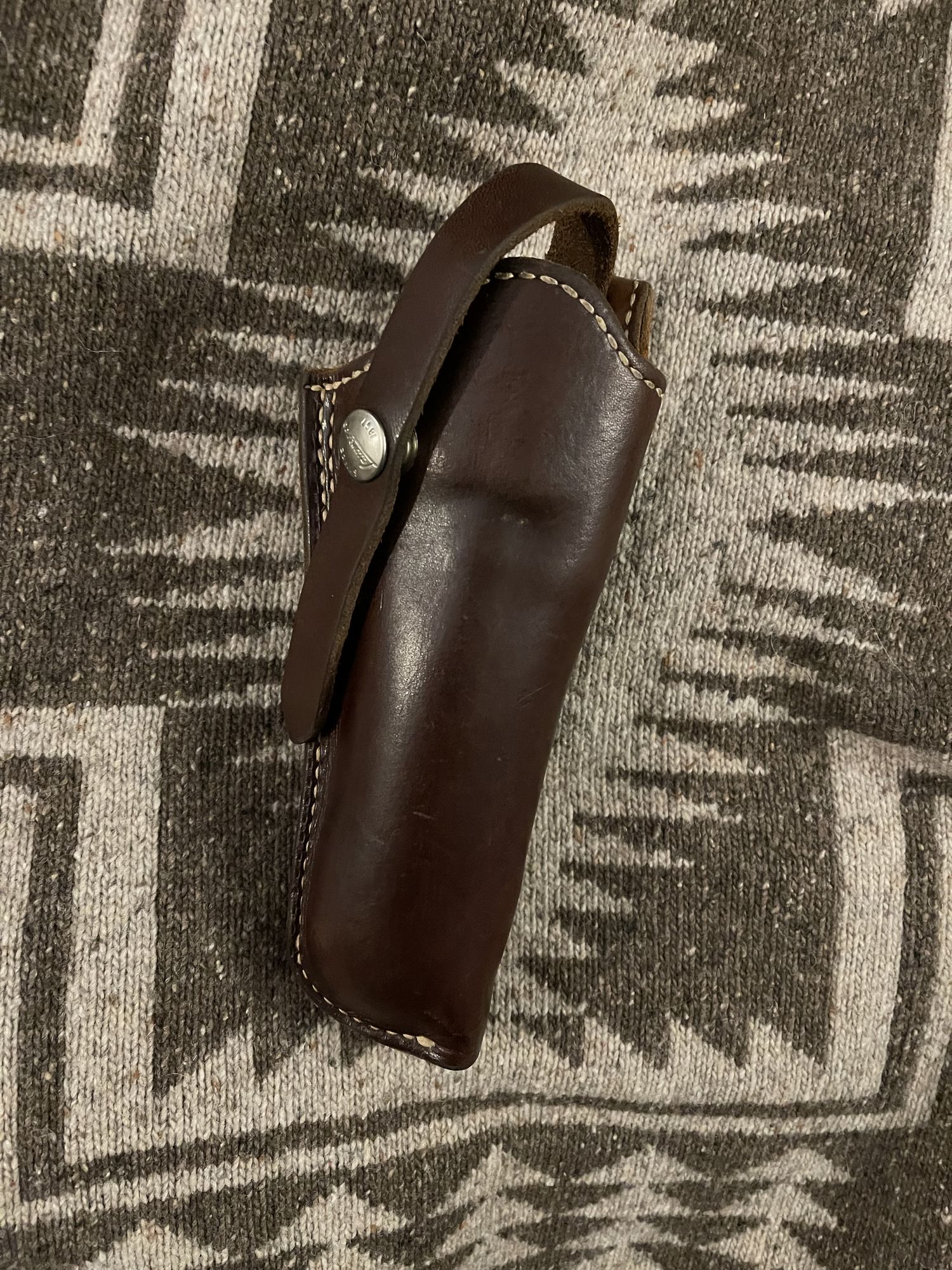