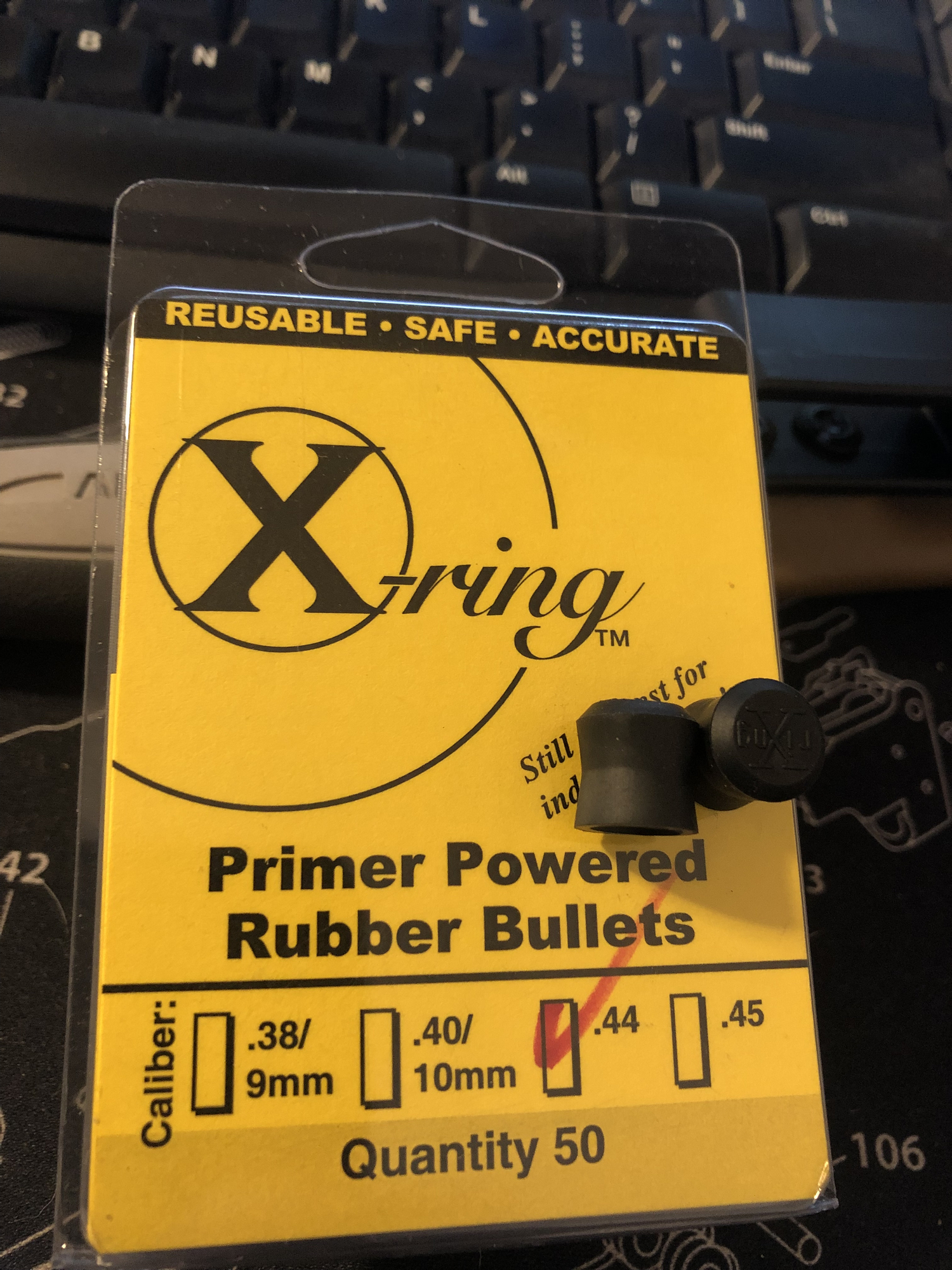 Bought a box of these on a lark the other day, and decided to try them out on the Charter Bulldog.
You start out by screwing up some cases by drilling out the flash holes with a 1/8” drill bit 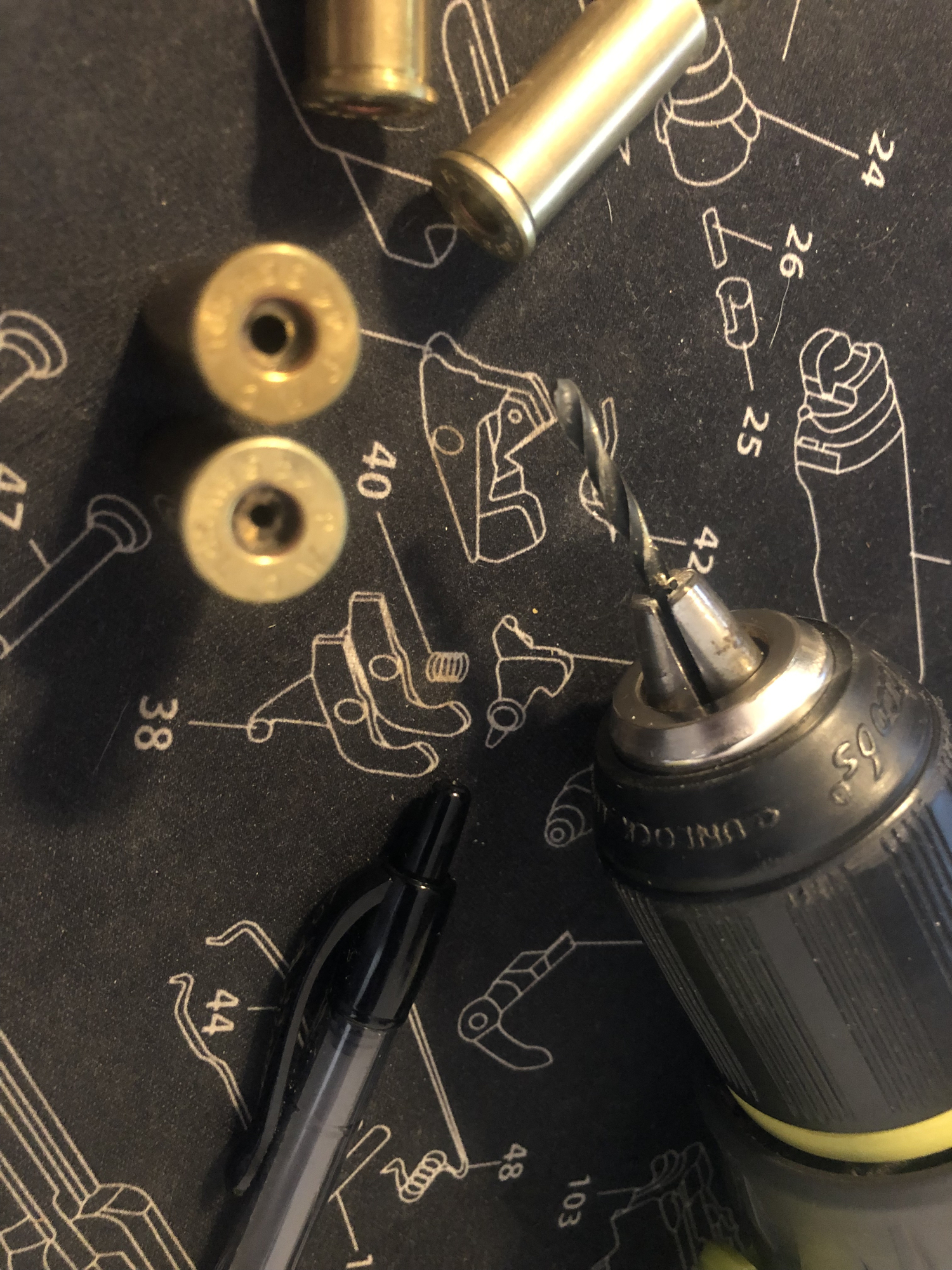 Then prime the cases with regular primers 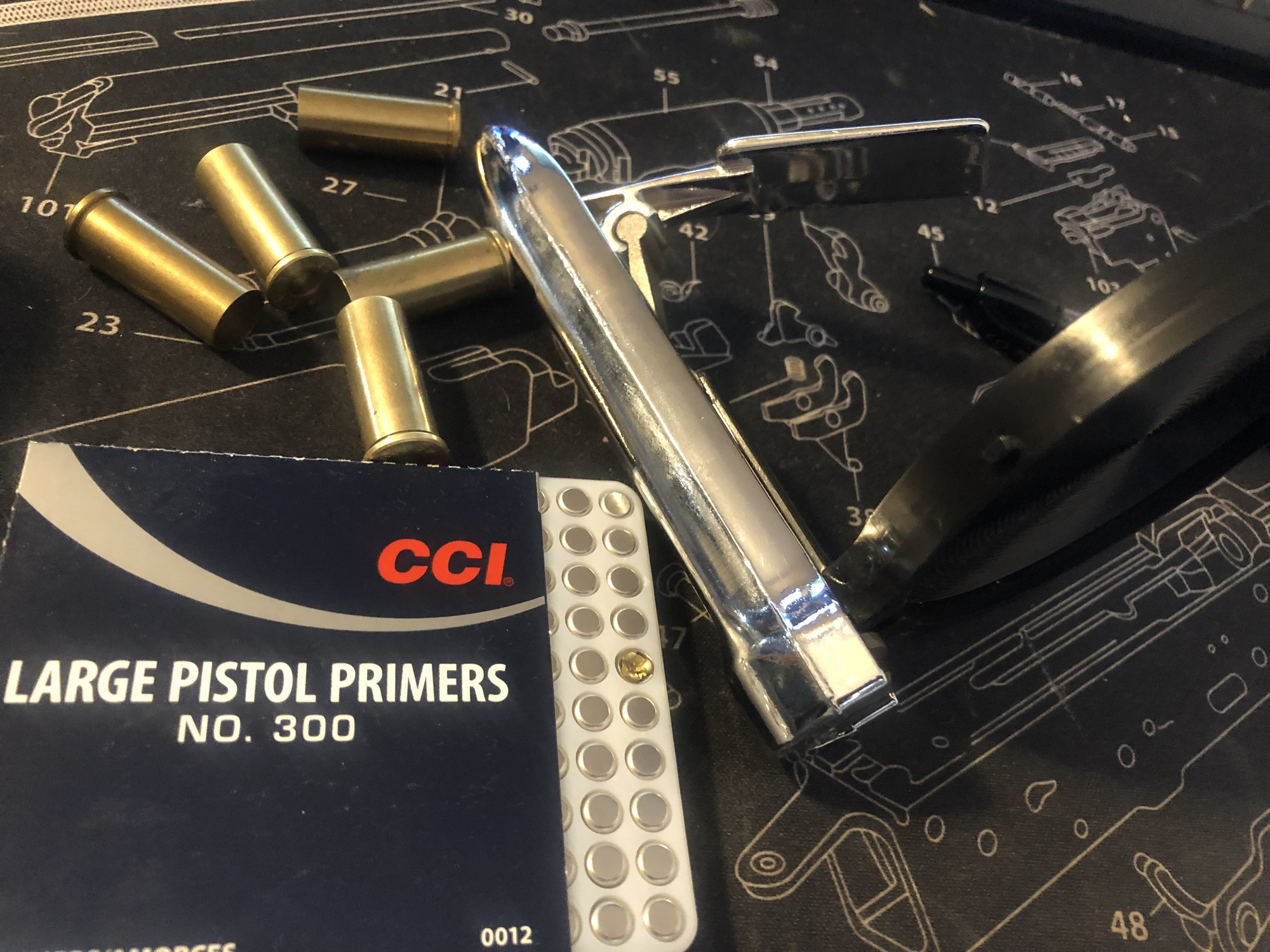 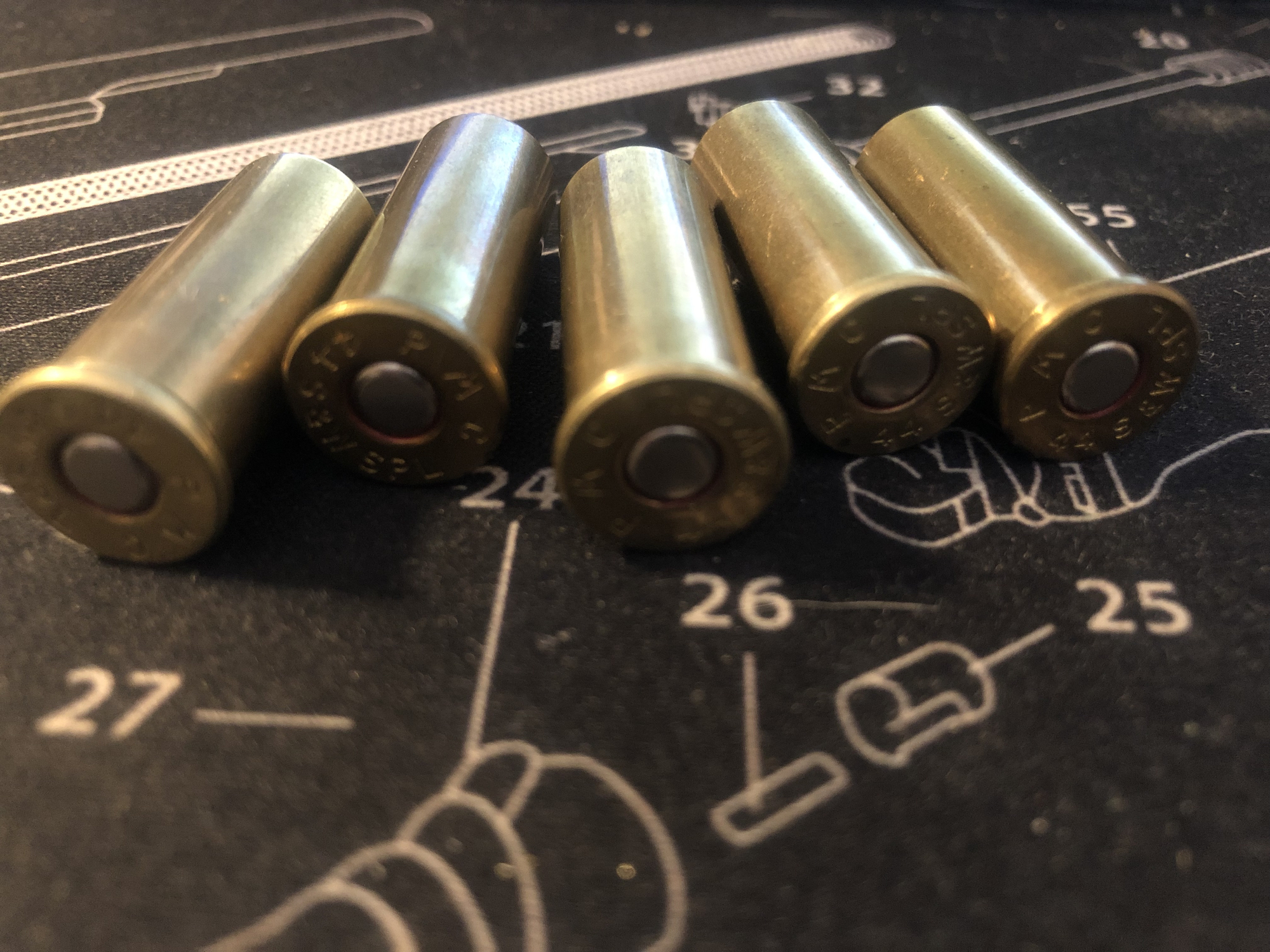 Then just stuff the rubber bullets in by hand 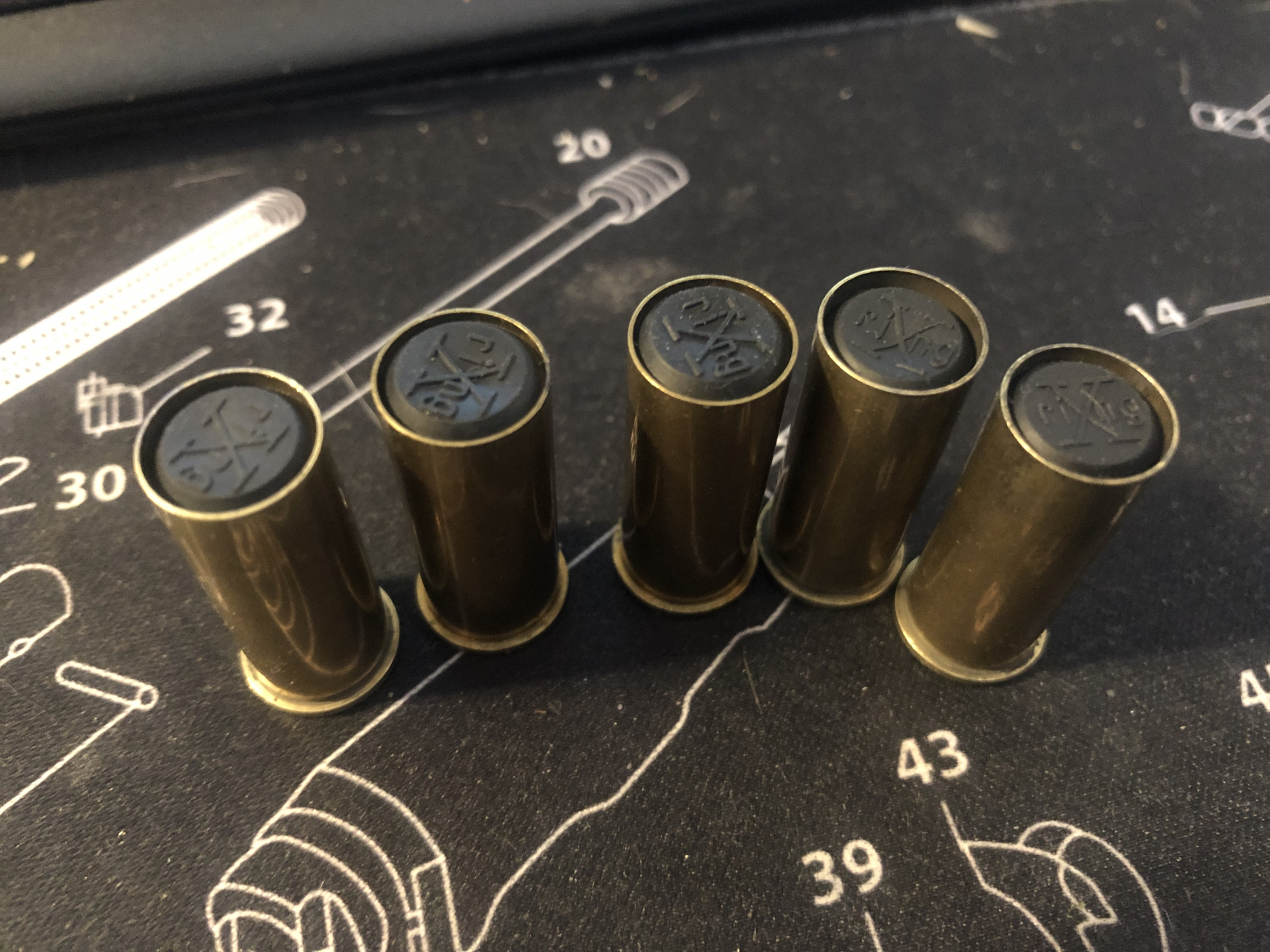 At that point- there was nothing left to do but try em out. I loaded them up in the Charter Bulldog, wadded up some old t-shirts and jeans as a target, and let ‘em rip. 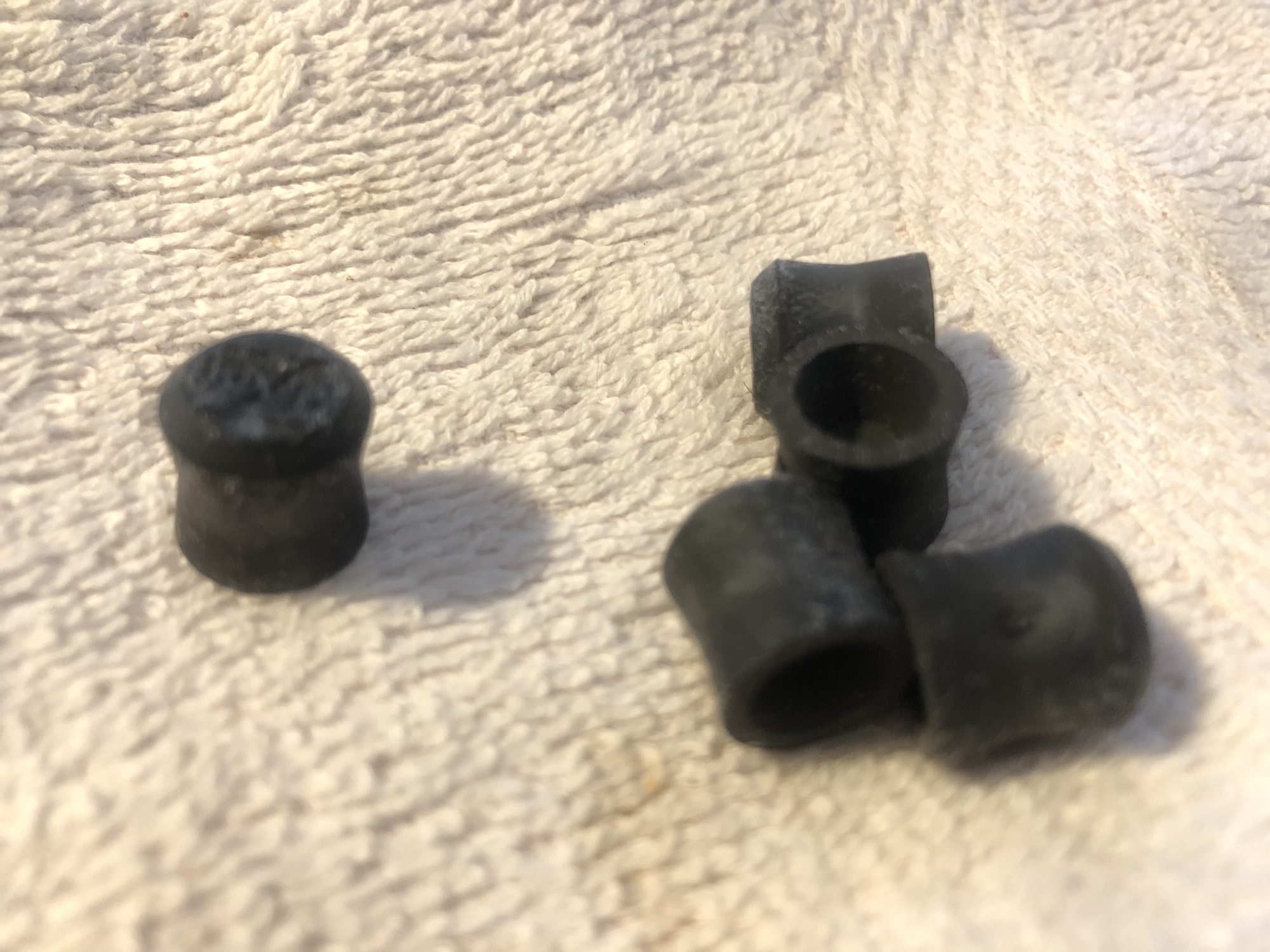 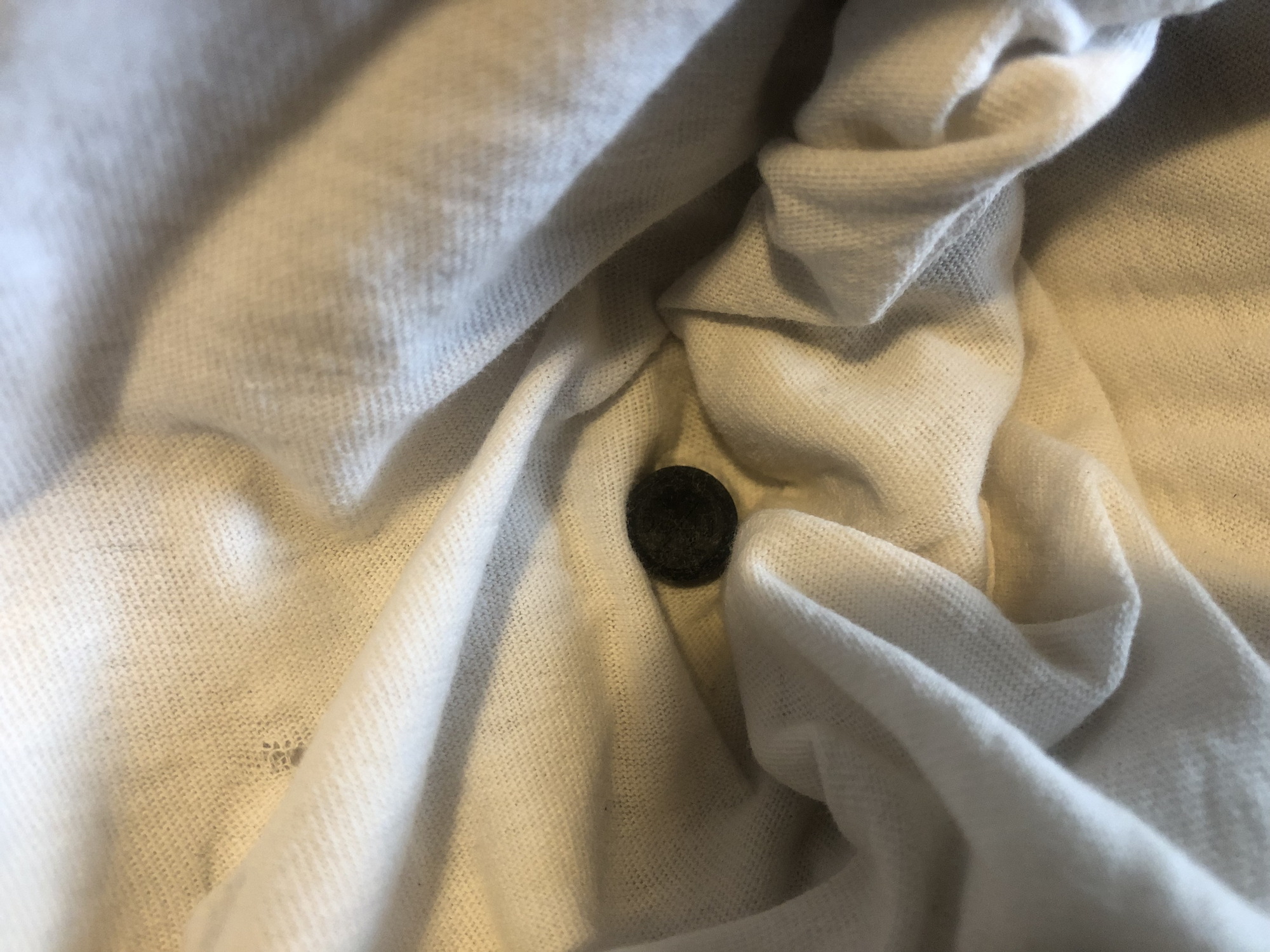 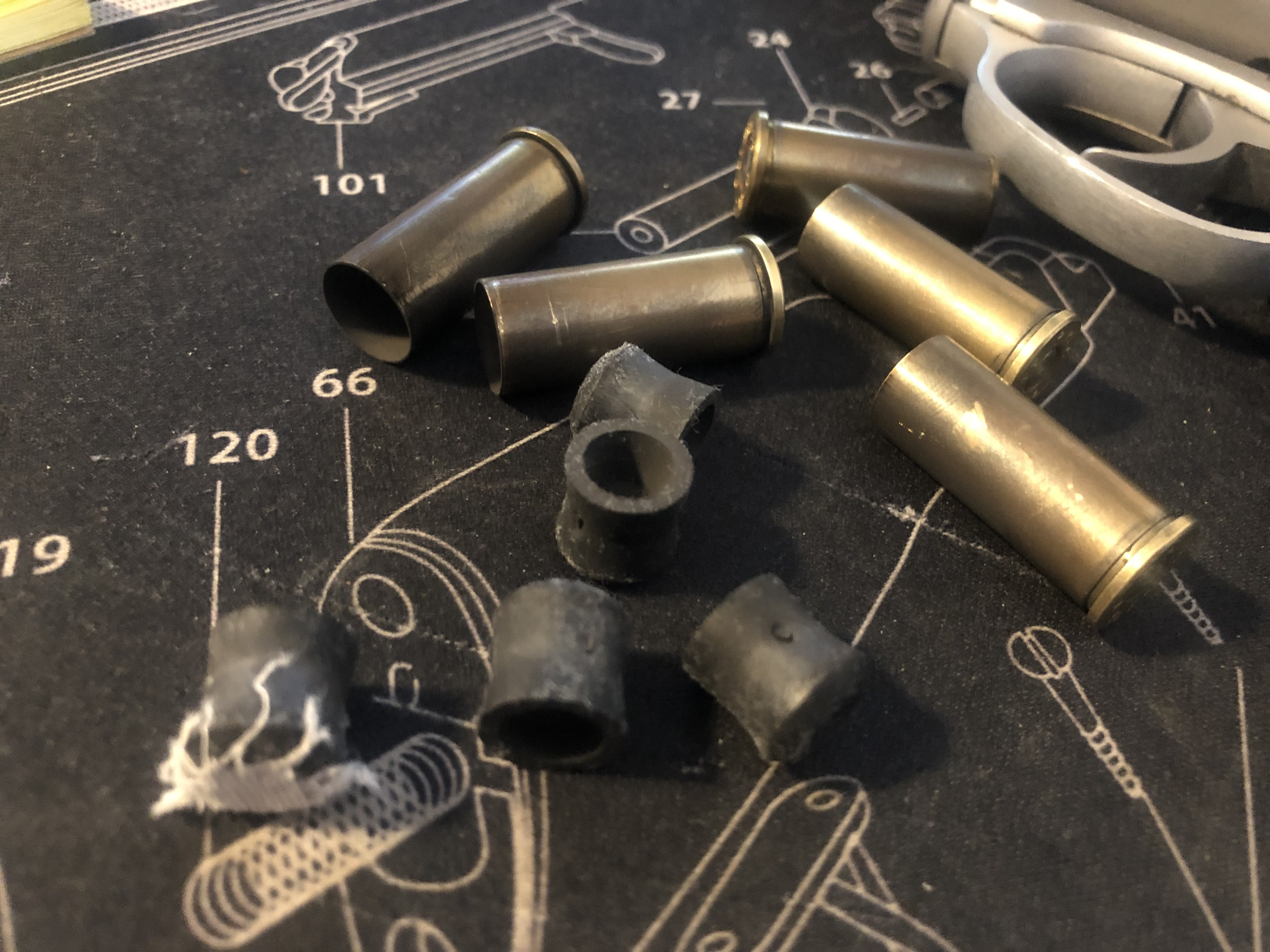 They worked just as advertised. A small primer “pop”, and the rubber bullet burrowed into the wad of rags. No  visible damage to the bullets, a bit of damage to the backstop, and appear to be completely re-usable.
Next step is trying some on targets for accuracy.
If you are thinking of these, give ‘em a try. They seem pretty fun.
To make something simple is a thousand times more difficult than to make something complex.
-Mikhail Kalashnikov
0 · Share on TwitterShare on Facebook