Tugar Senior MemberPosts: 2,459 Senior Member
September 18 in General Firearms #1
Group pic, SR9c, pc carbine, and pc charger. Bushnell back on the carbine. Picked up a
Predator V2 Reflex Sight. US made and veteran owned. For the price I really like it. Comes with four reticles. Green AND Red. various brightness and easy to set up and zero. Plus a set of spare batteries. 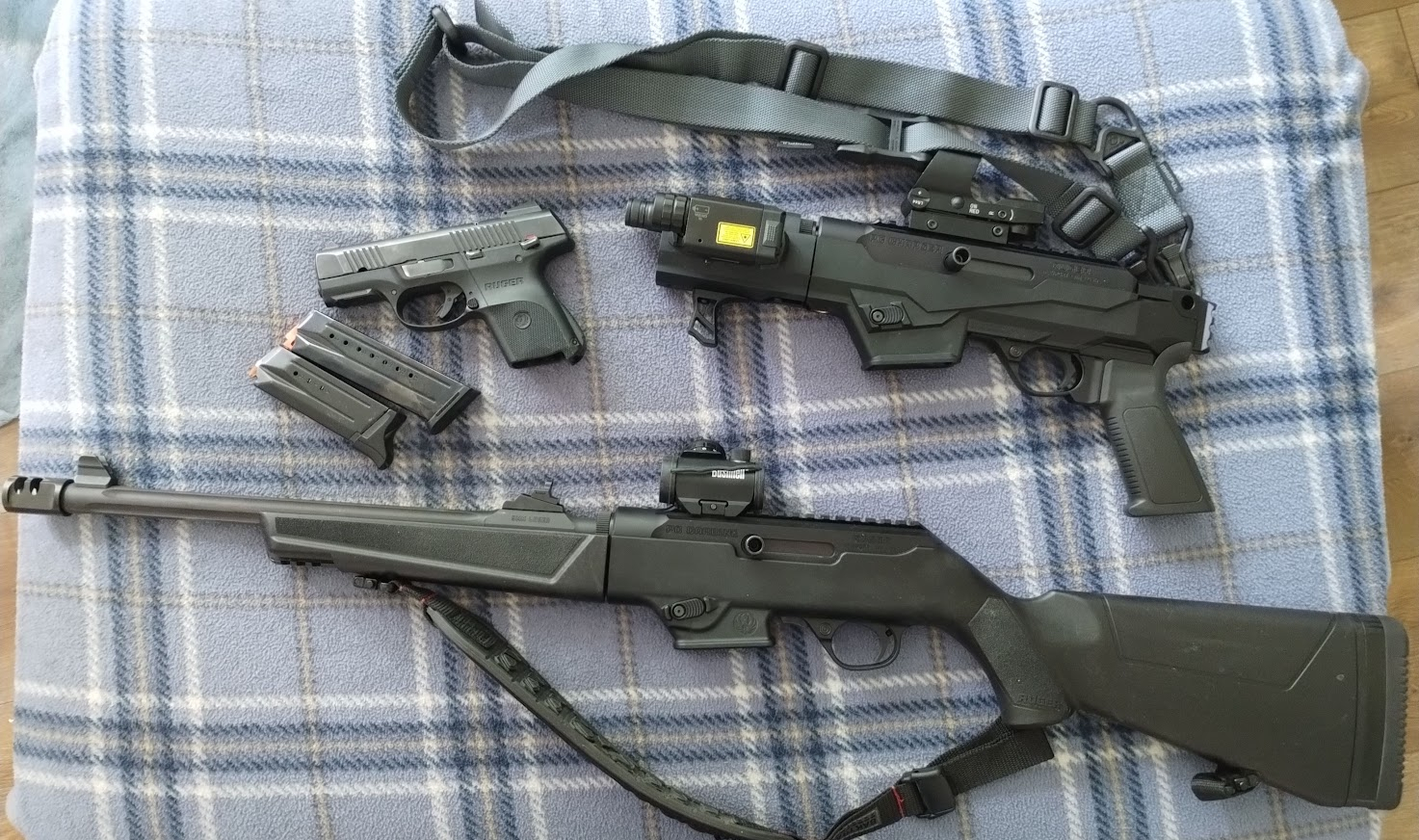 As for the range report. The carbine didn't hold zero after reattaching the TSR 25 Bushnell. But easy to adjust though.

The predator sight rocks. I played with various sling adjustments and finally just took it off. I'll convert it to a standard two-point sling later.

Ran 400 rounds through the charger. One failure to eject causing a stovepipe. Also two times that it failed to lock back after the last shot. I chalked it up to the promags as the Ruger mags ran fine.

Still getting the hang of HOW to shoot it but color me impressed. 10 yards. The orange circles are 6-inch diameter. "That'll do pig, that'll do" Though my wife calls it John-boy since I also have the longer father carbine.

A few called fliers and a bit walking the sight but it EATS everything. Ran a mag of random JHP and a box of silvertips. Which is the lowest circle in the picture. 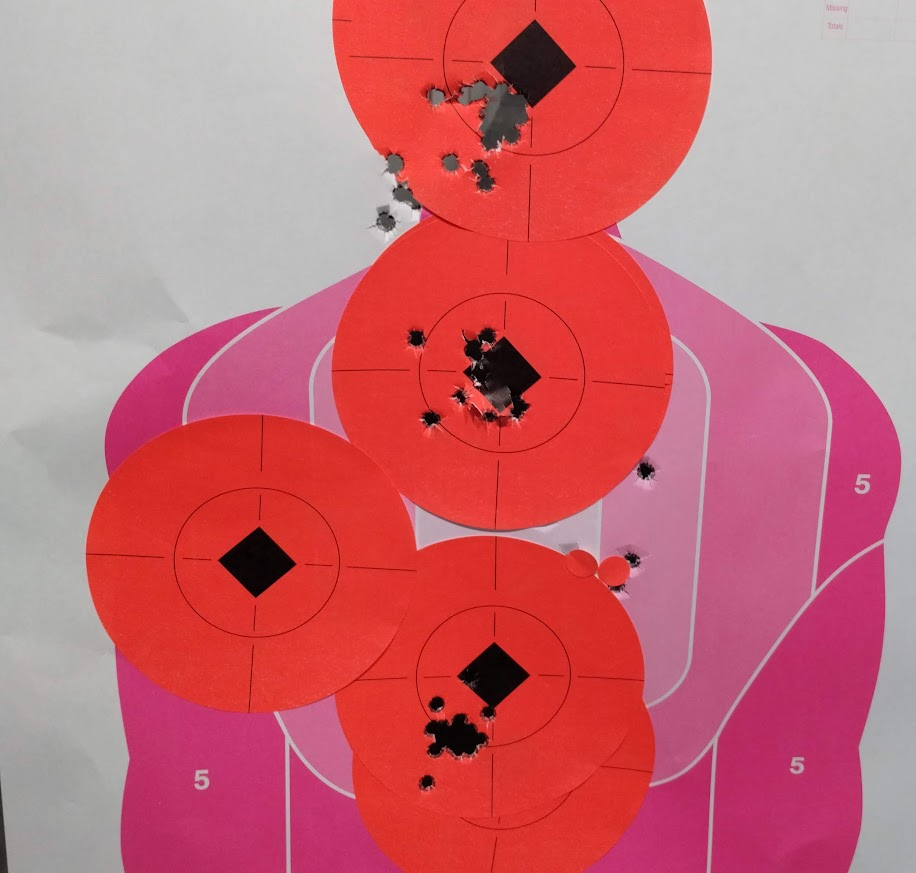